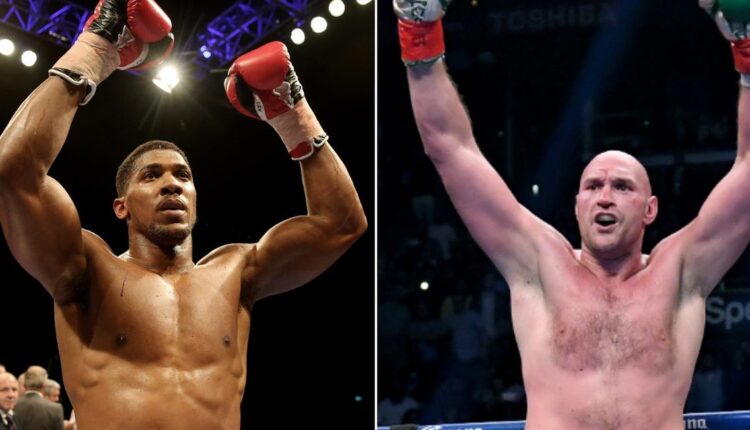 The Nigerian-British boxer’s team accepted terms set out by Fury ahead of a potential fight, to become one of the titleholders and a major contender for the other three belts in the heavyweight boxing category currently held by the Ukrainian boxer, Oleksandr Usyk.

Joshua, who would be going into the fight as No 6 on the WBC rankings, accepted Fury’s offer on Tuesday, barely one month after losing his three belts through a split decision to Usyk during their rematch in Saudi Arabia.

In separate statements, Joshua’s team, 258 Management and Matchroom, and Fury’s promoter, Frank Warren, have both confirmed the conclusion of the contract and the date for the title fight in the United Kingdom (UK).

Joshua’s team, while confirming the development, explained that the passing of Queen Elizabeth II halted communication and that they were waiting for a response from the Fury’s camp.

In a swift response, Fury’s promoter expressed readiness for the conclusion of the paper works with a simply replied: “Contract will be with you very soon”.

Fury, who is popularly called Gypsy King, recently challenged Joshua to a long-awaited all-British showdown and offered the two-time world champion a 60-40 purse after it emerged a prospective undisputed clash against Oleksandr Usyk would likely have to wait until 2023.

The 34-year-old initially highlighted November 26 at Wembley or December 3 at Cardiff as potential dates for the fight, but Joshua has accepted December considering that he had just lost a fight recently.

The Gypsy King marked his UK homecoming with a sixth-round knockout win over Dillian Whyte at Wembley in April, and preceded to reiterate plans to retire before informing the WBC he intended to resume his career at the end of last month.

The pair had been set to fight in August 2021 before plans were scuppered by an arbitration judge ruling that Deontay Wilder was contractually entitled to a third fight against Fury, which the American heavyweight would go on to lose by 11th-round knockout.

JUST IN: Students shut down Lagos-Ibadan expressway over ASUU strike