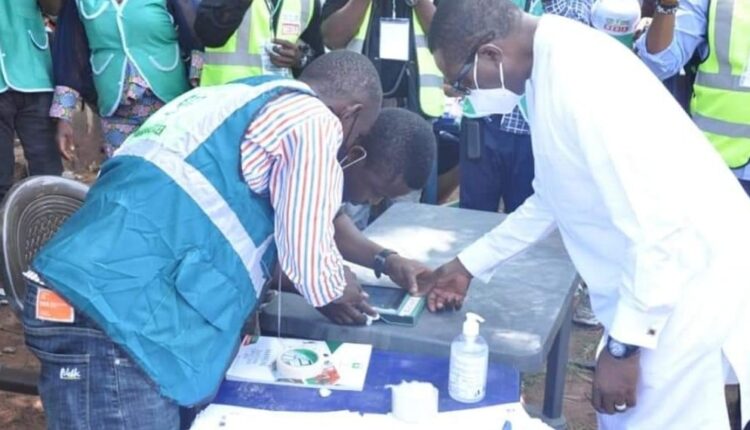 The candidate of the All Progressives Congress (APC), Andy Uba, has won his polling unit after polling more votes than other candidates in the ongoing Anambra governorship election.

At the polling unit, the former lawmaker polled 80 votes against other candidates including Central Bank of Nigeria (CBN) ex-governor, Chukwuma Soludo, who is vying to become Willie Obiano’s successor through the All Progressives Grand Alliance (APGA) platform, recorded 10 votes.

Before now, the electoral umpire had extended the voting time for the election to 4:00 pm following challenges experienced during the exercise with the accreditation of voters.

In a statement, the commission explained that those who were on the queue by 4:00 pm will be allowed to cast their ballot in the race to pick Governor Willie Obiano’s successor.

“The extension of time arose out of several field reports that voters have had problems with accreditation. The Commission is currently investigating the reason the  accreditation devices, Bimodal Voter Accreditation System (BVAS), have worked perfectly in some Polling Units, but not in others.”