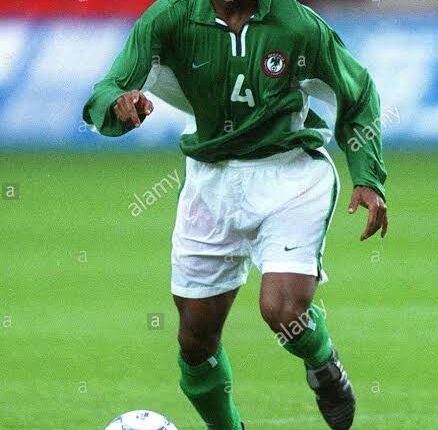 The Abia State Governor, Okezie Ikpeazu, has appointed Super Eagles former defender, Karibe Ojigwe, and 26 other technocrats as well as politicians as Commissioners for the state.

Ikpeazu said that the appointment of the retired footballer and others as commissioners was to assist his administration in the dispensation of democratic dividends to the people through policy formulation and implementation.

The appointment of the former defender was disclosed in a release signed by the Secretary to the State Government (SSG), Chris Ezem and made available to newsmen in Umuahia, the State capital on Sunday.

Appointment of the 27 Commissioners came barely seven months after the governor sacked some members of his cabinet over poor performance particularly in policy implementation within their ministry.

According to the release, the Governor has forwarded the names of the Commissioner nominees to the Abia State House of Assembly for Screening.