Just In: 43 strippers, clubbers under detention for COVID-19 contravention 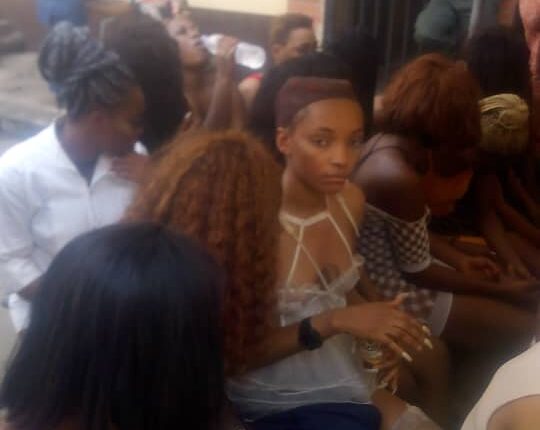 No fewer than 43 strippers and clubbers have been detained by Nigerian Police, Lagos Command, for violating the coronavirus protocols set by Federal Government to flatten the curve across Nigeria.

The 43 suspects were arrested at Eclipse Night Club, Ligali Ayorinde Street, Victoria Island, Lagos State by officers of the law enforcement agency attached to Maroko Division during an operation in Lagos State.

As gathered, the 43 fun-seekers, who could be sentenced by the Lagos Mobile court tomorrow, were said to have also been apprehended violating the 12 am to 4 am curfew hours imposed by the apex government to curb community transmission of the virus.

Confirming the arrest, Police spokesman, Olumuyiwa Adejobi, in an interview with The Guild on Monday, disclosed that the suspects would be arraigned before the court in a couple of hours to serve as a deterrent to others in the state.

He noted that the arrests was a sequel to the Commissioner of Police, Hakeem Odumosu’s order that the Area Commanders, Divisional Police Officers, and Heads of Department in the command be on the prowl of COVID-19 violators in the state.

According to him, Odumosu further ordered that they halted the spread of the COVID-19 pandemic, just as he reiterated his zero tolerance for violation of the protocols. 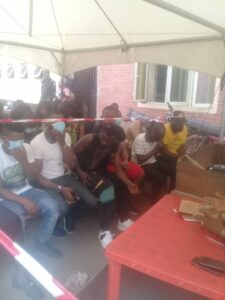 In a statement released after which reads in part: “The Police operarives attached to Maroko Division of the state, on the order of the Commissioner of Police,  CP Hakeem Odumosu, went after the deviant clubbers and got them arrested in the club clustering and clubbing without any regard for the COVID-19 protocols.
“The Commissioner of Police, Lagos State, CP Hakeem Odumosu, has ordered that the suspects be moved to Taskforce office Oshodi for prosecution.  The police boss has also ordered that club owners should no longer be spared as they encourage total disregard for the protocols in the state.
“CP Hakeem Odumosu, based on reports and updates on the spread of the pandemic, has however admonished Lagosians to be law-abiding and value their lives as the pandemic is a global reality”.