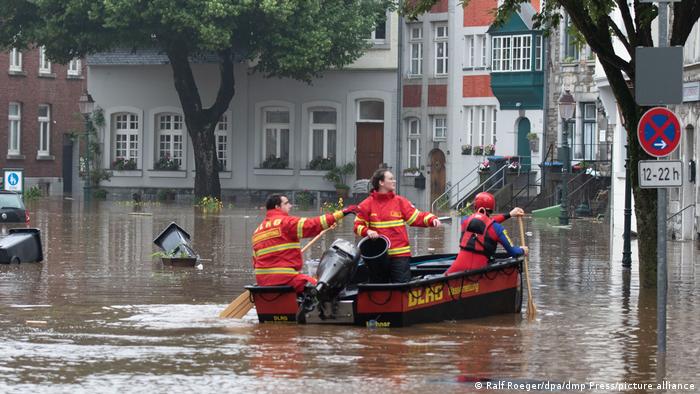 At least 160 people were now confirmed to have died after the historic flooding recorded across Germany and Belgium, several houses destroyed and vehicles covered up by water that had taken over the entire part of the country.

Of the 160, 133 were said to have died in German while 27 others were Belgians, and aside from the deceased and property affected, it was learnt that several people have been declared missing.

The Guild gathered that emergency workers from both countries were currently toiling away to find survivors, clear up debris, and prevent further damage; removing thousands of people that have been left homeless.

But there remain concerns that more devastation could be forthcoming, with dykes along one river from Belgium to the Netherlands and a dam in Germany’s North Rhine-Westphalia said to be at risk of collapse.

The worst affected regions include some of the most prosperous in Europe, with astonishing footage from near Frankfurt showing an entire house being carried down the River Ahr.

Elsewhere, cars were upended, power networks went down and buildings collapsed as floodwaters rushed through villages such as Schuld, south of Bonn, in western Germany.

The German Police said that more than 90 people were now known to have died in the western part of the country, Ahrweiler county, one of the worst-hit areas, and more casualties are feared.

Another 43 people were confirmed dead in neighbouring North Rhine-Westphalia state, Germany’s most populous, and 27 others have died across the border in Belgium.

The State premier, Armin Laschet, described the flooding as a catastrophe of historic dimensions, while German President, Frank-Walter Steinmeier, said he was stunned by the disaster.

“The floods have literally pulled the ground from beneath many people’s feet. They lost their houses, farms, or businesses,” Laschet told newsmen after the entire town was covered on water.

In Erftstadt, southwest of Cologne, 50 people were rescued after the ground beneath their homes collapsed, official Frank Rock told local broadcasters.