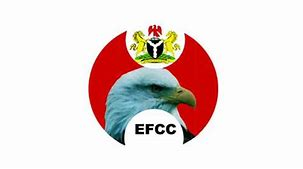 The key witness was one of the evidence EFCC presented before the court after charging Lamido, alongside his sons, Aminu and Mustapha, to court on 43 counts of abuse of office, corruption, money laundering of up to N1.35 billion and allegedly defrauding Jigawa State.

Ojukwu, who expressed dissatisfaction with the commission’s inefficient management of its key witness, said such could cause delays in court proceedings, or negate what would otherwise have been a strong case for the prosecutor.

Speaking during proceedings on Wednesday, at the Federal High Court, Abuja, the judge noted that there was a lot of untidiness and improper handling evident between EFCC and its witness, Micheal Wetkas.

She explained  that Wetkas had tendered, as evidence, several bank cheques of transactions made by the defendants, and noted that some of the cheques were found to be inadmissible in court.

Ojukwu added that the financial watchdog and its witness contradicted each other, an occurrence which she said was unacceptable in a court of law.

Ojukwu, who adviced EFCC to spend time preparing and rehearsing with its witness, cautioned  that such a show of incompetence should not be repeated in her courts, and stated that proper preparations were necessary to facilitate easy and seamless proceedings.

“You are to spend time with the witness to decide on what you want to do in court in order to have a seamless proceeding. How do you want the witness to tender the evidence when you are having friction between your questions and his answer?”

“Do due diligence. Set your house in order. You have forwarded many cheques and not all tallies so I will admit the ones that tally with the amount earlier stated by the witness, and I will urge that this does not repeat itself in my courtroom again”.

The Judge adjourned the case for continuation till February 20, 2020, and stated that both defense and prosecution now had more time to fine-tune their submissions before the set date.

Defense counsel, Joe Agi, expressed confidence in innocence of his clients and stated that he had no issues with the bank cheques being admitted as evidence, saying that the cheques merely showed lawful transactions that had been made by Lamido.

Agi reiterated that law would run its course, and expressed optimism that the defendants would be acquitted of all charges.