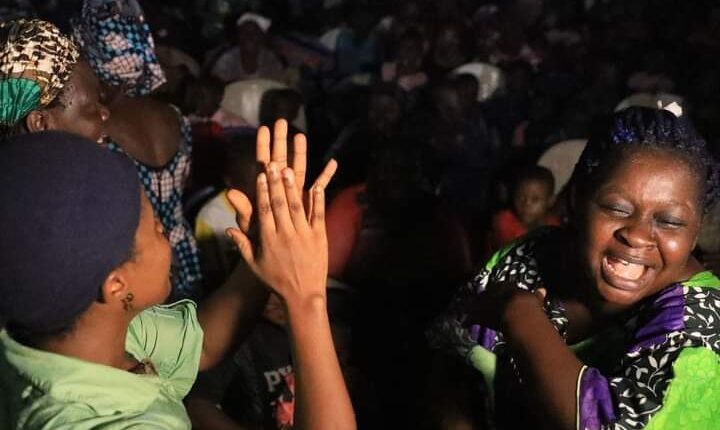 There were jubilations across Anambra State after All Progressives Grand Alliance (APGA) gubernatorial candidate, Chukwuma Soludo, won in over 18 local governments results announced by the Independent National Electoral Commission (INEC) returning officers for the councils.

Some of the residents that have been monitoring the announcement to know who becomes the state’s next governor have also gathered at the home of Soludo, who was Central Bank of Nigeria (CBN) former governor, to celebrate with him.

On Sunday, the residents chanted several victory songs to express their joy over the outcome of the poll conducted to determine the incumbent governor, Willie Obiano’s successor in the state.

In the video monitored by The Guild, the supporters of the APGA gubernatorial candidate including his 90-year-old father, who came to congratulate him at his house for the victory dance to different beats.

One man was heard in the video celebrating that “Isuofia (Soludo’s hometown) is on record to have produced a governor.”

While addressing the crowd, the CBN former governor, who became popular for the reform brought into the banking sector of Nigeria, commended his supporters for their steadfastness and promised that if declared winner by INEC, he would not backtrack on his earlier promises.