Trump begins first official India visit, Africa not on the… 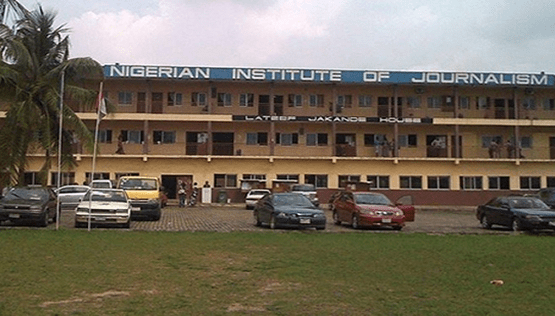 The Management of Nigerian Institute of Journalism (NIJ), Ogba, Ikeja, has appointed the General Manager/Editor-in-Chief of Vanguard Newspapers, Gbenga Adefaye, as new provost of the institution.

It explained that Adefaye, who was a former two-term president of the Nigerian Guild of Editors with several years of experience and leadership skills, would replace former Provost, Gbemiga Oluleye, having completed his tenure.

The Chairman, NIJ Governing Council, Olusegun Osoba, said the appointmet which would take immediate effect was inline with the management’s commitment to reposition the institution for better efficiency.

Through a statement released to newsmen on Thursday, Osoba, who is also a former Ogun State governor, explained that Adefaye would serve as Provost of the institution with effect from Sept. 1, 2020.

Meanwhile, in a letter addressed to Adefaye and dated August 26, Osoba charged the newly appointed provost to bring to bear his years of experience into his new task.

“I am pleased to inform you that the Governing Council of NIJ at its meeting on August 26 unanimously resolved to appoint you the provost of the institute. This appointment is effective from September 1, 2020, and will last until a new provost is appointed.

“We see this as a call to service on your part to our noble profession, which you served for many years as President of Guild of Editors. We are looking to your replication of many successes you scored when you steered the affairs of the Guild at its most trying times. Be assured of my full cooperation in the major task ahead of you.”

NIJ is a diploma-awarding monotechnic established in 1963 by the International Press Institute.