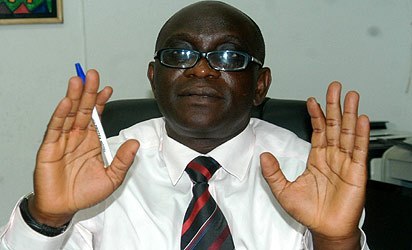 Readers fall in love with reporters for breaking news, they worship columnists for their rhetorics, celebrate cartoonists for comic commentaries and salute photojournalists for their off-guard angles.

Who celebrates the sub-editor? Sub-editor? Who is that? You just asked. Let me explain. Reporters, columnists, cartoonists, photojournalists and even the advert executives must ultimately observe the production rites of submitting their contributions to the newspaper at the gate, so-called because it marks a critical departure from the events which have happened up to that point.

For instance, mobility across diverse spaces characterizes the occupational routine of the above suppliers. The reporters and photojournalists roam the field for news. The columnists and cartoonists roam the cerebral environment of research, digest and formulation of opinion before delivering their perception of events in prose or visuals.

At the gate, such gyrations cease. They surrender their journalistic wherewithal to the Gatekeeper, the man who determines the fate of their exertions. For good or ill. Indeed, though bound to be eternally invisible, in terms of the production of the media product to the readers, he is licensed at this point to play God, to determine the sacrifices acceptable to the spirit and purpose of the newspaper establishment.

This is not a laughing matter. In the late 80s, when interns or cub reporters rely on the edited copies from the gate to know how many paragraphs out of their long reports were left to calculate how much they would be paid if on a freelance, the gatekeeper’s circles, underlines and outright crosses across paragraphs were directly proportional to the number of meals to look forward to.

Like all centurions, the gatekeeper carries a burden he must discharge diligently and responsibly. Failure attracts the severest penalty. Although he wields a sword, a sharper sword of Damocles dangles over him.

First, he breathes into the copies the spirit of the newspaper, its raison d’etre for existence, its ideology, the principles that led it into the publishing market in the first place.

Second, he implements the house style, how the newspaper wishes to express itself in the marketplace in words and appearance. Thirdly, he ensures the grammatical and lexical use of the language fits the communicative competence of the audience and combines valuable information with exciting entertainment.

Perhaps, it is this huge burden and the obvious disaster that the failure to discharge would inflict on the newspaper that tames the gatekeeper to concentrate religiously on the copies as he weeds out unacceptable expressions, restructures grammatical summersaults and disciplines verbosity.

The sub-editors have turned what came in as a 1,000-word news report into three paragraphs on the brief section, in the process separating the writer and his lovely piece. They have “butchered” masterpieces written overnight and sent them to the trash can to rest in peace.

Because they are the bouncers and enforcers of the newsroom, they tend to be dry-eyed. Since no reader is likely to accost them on the streets for disallowing an interview featuring him from being published, gatekeepers can draw blank when in social circuits pretending to be nobody while in fact, they determine the amount of exposure their hosts get.

In trying to psycho-analyse Senior Francis Gbenga Adefaye, ( he was my senior at St John’s Grammar School, Ile-Ife), I have found no stronger framework that explains his character more than the dialectics of the interaction between him and this professional specialization that sub-editing entails.Emphasis, on “stronger”.

His alma mater, St John’s Grammar School, established in 1960 by Fabian Cloutier, the Canadian reverend father with his inheritance, may account for Mr.Adefaye’s selflessness, sense of duty and liberal comportment.

The international, multi-racial faculty of Ghanians, Indians, French and Carribeans that taught in the school might have prepared him for the cosmopolitan demographic that Lagos offers, but it is in the material circumstances of selling his labour to the capital of newspaper production that one discovers the psychology of his present personality.

Occupational socialization occurs when the professional adopts the code or the way of life of the workplace as a personal system of functioning in society. The industrial workplace and its environment are critical to this selective process. This is why a review of Vanguard newspapers industrial environment is key to the socialization that has produced the easy-going, contented employee who now runs the company.

Established following a fallout between the professional journalist and his accountant partner, the Vanguard needed to be founded as a refuge for journalists who wanted to demonstrate that the pen would always be mightier than the lucre.

Uncle Sam Amuka, the man who came to the canal with his dream of a newspaper that was light on life and easy to read, was himself a sub-editor. More than that, Sad Sam,still has a bon hommie that infects and excites. It is no surprise that he created the canal as a working lounge, a place where work and play were siamese twins.

For his youthful generations of reporters and editors who still mill around him to date, Vanguard is still a way of life. I should know. I spent about three years at the Vanguard, rising from a Features Writer to Assistant Magazine Editor, (Vanguard Saturday Special) to Deputy News Editor. When I was leaving, Uncle Sam told me: “Whenever you want to come back, just come and resume.” As simple as that.

I was also the chairman of the Vanguard chapel of the Nigerian Union of Journalists, NUJ, for two years, One of the unforgettable gestures of Uncle Sam as publisher was giving the staff, 100 per cent bonus following a very good year of business in 1991. The point is that Uncle Sam established the work culture and environment that Adefaye found conducive. It helped to nurture his editorial and managerial skills. It took him to the top.

Defending the quality of a system, modern or traditional, is one of the attributes that Adefaye has taken from this oeuvre. His passionate commitment to the ethics and standards of journalism, his practical and hands-on approach to management and his obvious leadership skills certainly impressed editors and led to his election as the president of the Nigeria Guild of Editors. Another variant of this service to the profession is taking his time at the Times Journalism Institute where he holds the title of the Provost.

He displays a similar fierce commitment to sacred values of two other inter-related communities- the alumni of St John’s Grammar School, Ile-Ife where he currently sits as the chairman of the 60th anniversary committee of the school and the Ile-Ife community, where he performs his much-valued role as the Deputy President, Ife Development Board.

A quiet man whose extra-ordinary network of contacts includes former heads of states and presidents, captains of industry and other senior citizens, Brother Gbenga discreetly deploys his powerful friends to achieve selfless agenda.For the records, very few know that, but for his influential intervention, filling the sacred stool of the Ooni of Ile-Ife, the Cradle of civilisation six years ago might have been turned into the ping-pong of partisan politics.

He rallied eminent statemen to convene a presidential accord that insulated the nomination and installation of Ooni Ogunwusi Ojaja II from the hustle of power players.It is instructive of his nature, that, as soon as he executed the task successfully, he reverted to his role as a watchdog, placing the long term development of the cradle over and above any pecuniary reward from the royalists and their influencers.

His unapologetic willingness to push the case of the Ife people is well known to those who have governed Osun State. It is one good reason governors seek his opinion in managing inter-communal peace.This leadership at the community level is ascribed from two traditional sources. Although he rarely flaunts it, Brother Gbenga is a prince of the Lafogido ruling house of Ile-Ife.

Therefore, he owes the community a duty to lead. Second, his father was both the leader of farmers and artisans who wielded a lot of influence among the rural and urban segments of the city till he was clothed with the earth.This pedigree often manifests in his confident countenance and authoritative mien.

It shows in his courageous attitude to assignments and his. “Can do” spirit. Consciously discreet, his life at 60 inspires younger ones like me to appreciate the value in standing firm on your principles and enjoying the solitude that comes from standing far from the madding crowd.As you hit the diamond, accept my felicitations.