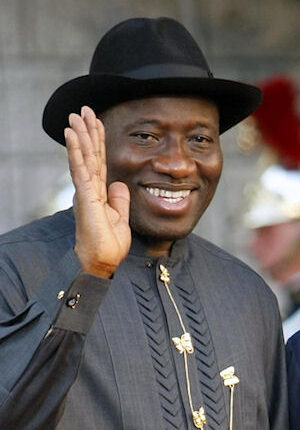 Nigeria’s former President, Goodluck Jonathan, outlined what he described as possible solutions to end the decades-long feud and war between Isreal and Palestine, saying international communities and organizations must refrain from taking sides in the ongoing hostility among both countries.

He added that it was important for international communities’ mediation that was devoid of partisan politics and interest, noting that the current challenges demand peaceful resolution that would ensure both warring countries cohabit in an atmosphere of understanding and love.

Jonathan said that it has become imperative for the mediation committee to strongly recommend ceasefire, confidence-building toward ending the Israel, Palestine conflicts, and ensure lasting peace return to the two countries.

Through a post on his social media page on Monday, the former president said that his recommendations followed his visit to both countries where he studied their peculiarities and what best solution to the misunderstanding of both countries.

According to him, I have been to both Israel and Palestine, and as a result, I have some understanding and appreciation of the human angles on both divides.

Jonathan maintained that though borders are often human constructs, it was important that both countries followed but the divine instruction that states that everyone should love their neighbor as themselves.

“The present conflict in that part of the world can never be resolved by nations and institutions taking sides. It can only be resolved by those living within the borders of Israel and Palestine taking time to understand each other until they come to a place where they can coexist, co-prosper, and eventually cooperate.

“For that to happen, what is needed, in the immediate term, is a ceasefire, followed by massive confidence building on both sides. That is what the international community should aim for. Peace. It is achievable.

“I sue for peace in both Israel and Palestine, and urge that every international support should be towards deescalating the conflict, rather than escalating it,” the post read.

It would be recalled that since the violence flared last Monday, at least 188 Palestinians, including 55 children, have been killed in the Gaza Strip. More than 1,200 others have been wounded. In the occupied West Bank, Israeli forces have killed at least 13 Palestinians.

Israel has reported 10 dead, including two children, from the thousands of missiles fired from Gaza by Hamas and other Palestinian groups, many of which were intercepted by Israel’s Iron Dome air defence system.

The Israeli air assault early yesterday was the deadliest single attack, marking the worst fighting since their devastating 2014 war in Gaza.