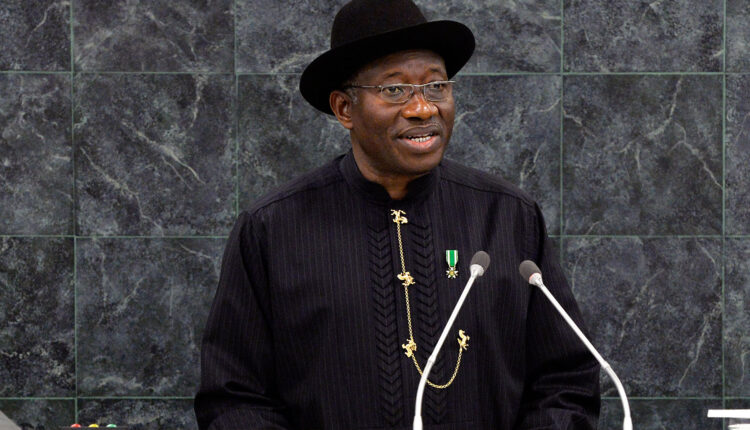 He added that it was important that stakeholders in the country rise in unison and work towards ensuring the electoral umpire becomes effective and remains the only avenue where winners of elections are announced.

The former president added that the electoral body is empowered and strengthened in ensuring its integrity with the right policies that would hinder the judiciary from being the body that selects election winners.

According to him, the ballot papers should be the sole determinants of who should occupy elected offices and who should not, and if a candidate wins or the process is found wanting, the election should be annulled and fresh one conducted to determine a clear and unencumbered winner.

Jonathan spoke at a parley with youths and women under the auspices of “TOS Foundation Youth and Women for Good Governance” initiative during his studio visit to The Osasu Show (TOS) Television Network in Abuja.

Jonathan said: “The issue of the judiciary I don’t want to make a comment but one thing as a politician, let me reiterate what I have said somewhere that in Nigeria today, the judiciary selects political leaders.

“It is not the best. The ballot papers should be the basis of selecting political leaders. If it is the judiciary that will select, we are not yet there. It is delicate but I have made a public statement before and I will always make it. I am not saying the judiciary is not doing well, but I mean our laws should suppress the idea of the judiciary in returning a candidate.

“If a candidate that won the election is found wanting, that election should be annulled and a fresh election conducted. The ballot paper must decide who holds any office from councillorship to the presidency and that is democracy.”

The former president who admitted that the country’s election was been marred with violence, said such was responsible for situations where candidates seek judicial intervention to determine winners.

“We must regret it that sometimes our elections are too violent in Nigeria. I think in Africa we are among the top countries with violent elections. Even for party primaries, you see people going to break doors, windows, scatter ballot boxes, and so on.

“You hardly see it in other African countries and when we behave that way, of course, we are now giving the powers to the judiciary to decide who becomes the Governor, Senator, and House of Representatives member. I believe that as we progress maybe we will get over that.”