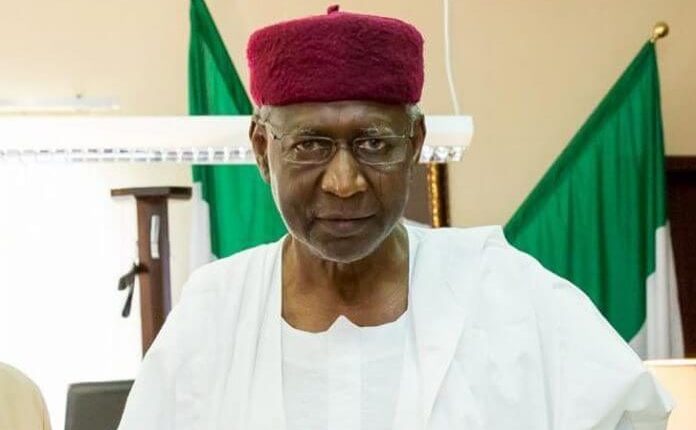 Notable Nigerians, including former President, Goodluck Jonathan; former Vice President, Atiku Abubakar, and host of others have mourned the passing away of the Chief of Staff to the President, Abba Kyari.

While confirming his death, the Special Adviser to the President on Media and Publicity, Femi Adesina, through a statement he released on social media said Kyari died yesterday. He noted that the death came about twenty-five days after the presidential aide tested positive for the deadly coronavirus.

“The Presidency regrets to announce the passage of the Chief of Staff to the President, Mallam Abba Kyari. The deceased had tested positive to the ravaging COVID-19, and had been receiving treatment. But he died on Friday, April 17, 2020. Funeral arrangements will be announced shortly,” the statement read.

However, it was gathered that the deceased had underlying health challenges that might have worsened his chances of survival from the deadly pandemic.

While reacting to his death, Jonathan condoled with President Muhmmadu Buhari and the Kyari family over their patriarch passage.

I condole with H.E @MBuhari, the Kyari family & all sympathisers on the demise of Mallam Abba Kyari who until his death was  the Chief of Staff to the President of Nigeria.
May Allah grant him Al Jannah Firdaus & strengthen his family & friends during this moment of grief.
GEJ

Also, former Vice President, Atiku Abubakar, said he was saddened by the death of the President Chief of Staff.

Inna lillahi wa inna ilayhi raji'un. I am saddened by the death of Chief of Staff, Abba Kyari. May Allah SWT comfort his family, forgive his sins and grant him AlJannah Firdaus. Ameen.

On his part, the Kaduna State Governor, Nasir El-Rufa, who is currently receiving treatment for coronavirus said Kyari died in the service of President Buhari and Nigeria.

This is absolutely shocking but “From God we came, & to Him we shall all return.” May the soul of Abba rest in perfect peace. May Allah Accept his martyrdom as he died in the service of PMB & Nigeria. May Allah give Aisha, her siblings & family the fortitude to bear the loss. NAE https://t.co/ao0ZBXTwI0

Also, a lawmaker, who represented Kaduna Central Senatorial District during the 8th Senate, Shehu Sani, said Kyari will either be missed as a ‘punchman or punch bag.’

Abba Kyari;The President has lost a trusted & loyal friend.A man who took the bullets of his master with smiles,calmness & silence.We knew his cap & his colors but never his mind or his own side of his story.He will be missed as a Punchman or a punch https://t.co/nJ350DBded AK.

Meanwhile, the All Progressives Congress (APC), in its condolence message described the late Chief of Staff a cerebral Nigerian whom his towering image was visible to all and sundry.

The ruling party spokesman, Lanre Issa-Onilu, in a statement released to newsmen on Saturday, said the deceased achievements during his illustrious career will be celebrated for a long time.

“Even in death, the fond memories and indelible strides Mallam Abba Kyari left on earth will be celebrated for a long time. We remember a cerebral Nigerian who excelled in his private dealings, professional endeavors, and public service.

“The President has indeed lost a competent, trusted, loyal, strong right-hand man and longtime adviser who promoted, protected and defended his interest in good times and adversity,” the statement said.