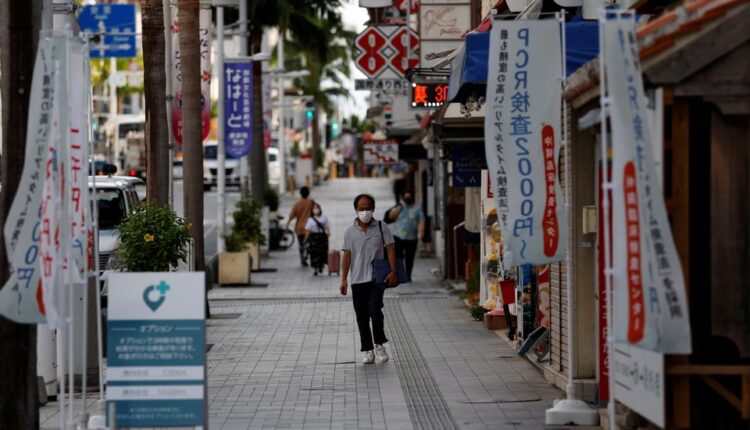 Japan has stiffened coronavirus restrictions which would last for 22 days in three regions that host U.S. military bases to stem a COVID-19 surge that some officials have said the bases have increased the spread of the virus.

The new measures in the southern prefecture of Okinawa and the western prefectures of Hiroshima and Yamaguchi regions was necessitated by complaint of Governors of the regions who had requested the tougher measures after seeing a surge in cases driven by the Omicron variant.

All three regions host bases for the U.S. military had experienced stricter infection controls at Japan’s urging after outbreaks at bases appeared to have spilled into communities.

According to Okinawa Governor, Denny Tamaki, who had harshly criticized infection controls at U.S. bases, the number of infections will likely stay high and steadily increase,if the restrictions are not implemented.

He said that the southern island chain of Okinawa, host to 70% of U.S. military facilities in Japan, has been the hardest hit, in what appears to be the country’s sixth wave of the pandemic, adding that the prefecture reported 1,414 new cases on Friday, a record and up from 981 on Thursday.

During a press meeting on Firday, Japan’s Prime Minister, Fumio Kishida noted that the measures, would take drastic steps such as limiting the operating hours of restaurants and bars, were needed to rein in surging cases.

According to him, the Yomiuri newspaper reported that the infectious Omicron variant has been found in about 80% of Japanese prefectures, adding that the total new infections will exceed 5,000 on Friday compared with an average of about 200 a day last month.

Also, the Health Minister, Shigeyuki Goto stated that U.S military bases were most known to increase the cases of Covid-19 omicron variant which was what called for the decision to stiffen the restrictions to curb further spread.

“We must be prepared for the rapid spread of infection, There are cases where there is no history of overseas travel and the route of infection is unknown, while the Delta strain also continues to spread.” he said.

The restrictions, which authorities call “priority measures”, are being brought back for the first time since September, when Japan lifted emergency controls that had prevailed across the country for most of last year.