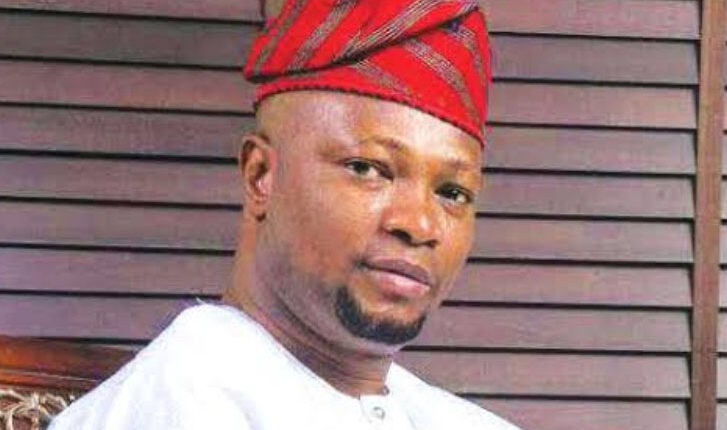 The lead visioner of the Lagos4Lagos Movement, Olajide Adediran, popularly called Jandor, has emerged as the Peoples Democratic Party (PDP) gubernatorial candidate for 2023 election after being declared winner of primaries held in the state.

Jandor emerged winner of the primary after polling a total of 679 votes, edging out his main challenger, Dacova Vaughan David Kolawole, who scored 20 during the primary.

Meanwhile, 10 votes were declared by the party’s electoral committee as void after the voters’ were said to have violated the procedures, voting on the lines separating both aspirants.

The Chairman of the Lagos PDP Electoral Committee, Emmanuel Ogidi, while addressing journalists at the venue of the governorship primaries in Ikeja, declared Jandor the winner for polling the highest votes.

“I now announce Dr. Adediran as our governorship candidate having scored 679 votes. He is hereby declared the winner of the primary”.

Speaking after the declaration, Jandor appreciated the delegates, the electoral committee as well as leaders of the party for their support, saying Lagos PDP now had a project on its hand.

“Now, we have a project on our hands. I promise to use this ticket to unite Lagos PDP. I would carry this PDP ticket with pride, it is s ticket for the total emancipation of Lagos, a ticket to make Lagos work for us, and a ticket to have an independent governor.

“We know we have a big, herculean task. It is not something I can do alone. I would sit together with my co-contestant and get their contributions on how to move Lagos forward to work for all,” he said.

Also speaking after the result was announced, Dacova thanked all for their support and contributions to the success of the exercise, even as he congratulated Adediran on his victory.

He, however, promised to join hands with him to build a better Lagos that would be the pride of all, adding that the concluded exercise was a victory for PDP and victory for all.

Earlier before the voting commenced, Adediran, who addressed a tumultuous crowd of delegates, as the two aspirants were allowed just two minutes each to address the delegates, said the day was one that was being awaited and the moment PDP had set aside for total emancipation of Lagos.

The aspirant, who noted that all those he met in the party, and all the aspirants were qualified to be governor of Lagos State, said “our aspiration is one which is to put Lagos back on course.”

Adediran, while further appreciating the leaders and members of PDP for keeping the party’s spirit alive before he and his group came to join the platform, said he needed their votes, not for himself, or the party alone, but for the entire Lagos and Lagosians.

“Today is the day we all have been waiting for, the moment the PDP has set aside for total emancipation of Lagos State. My fellow party member. I have always been saying that all of us are qualified to be the Governor of Lagos State. I want to acknowledge the level of the sacrifice of other aspirants for Lagos and to keep the hope of PDP alive before my arrival.

“Our aspiration is one which is to rescue the state of Lagos. That is why we have decided to speak with one voice to put the party forward. I want to beg you, I need this vote for the entire Lagosians. If you give me the ticket today, it will be a ticket for the soul of Lagos to enable me to lift the state to greater heights,” he added.

In his short speech, Dacova thanked the party’s election committee and party members as well as co- aspirants for their understanding, saying his passion was to take Lagos from the opposition, take children off the streets, and build a standard railway which he noted had continued to drag for years.

“I am the David of our time. I will be very brief and I thank all party members, including all my co-contestants. My passion is to take over Lagos from the opposition, to take children off the streets, and we will provide you a job. I will build and complete a standard railway as we have it in Ethiopia in record time. I will build hospitals, our hospitals will be of standard and will be fantastic. I will slay that Goliath for you. I am not looking for your money, I want to be your hero,” he said.