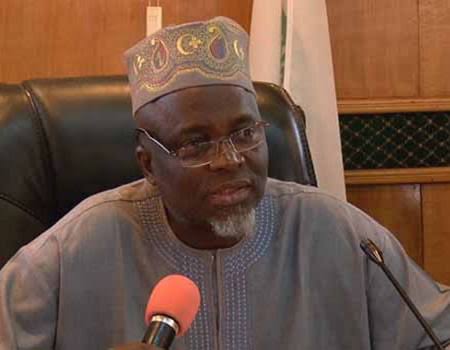 The Joint Admissions and Matriculation Board (JAMB) has thrown open cut-off marks for tertiary institutions across the country and cancelled national admission benchmark earlier put in place for the schools.

The examination body explained that with the new development, the nation’s tertiary institutions would have the sole power to decide its admission benchmark for Nigerians seeking admission into the citadel of learning.

The decision was taken at the 2021 policy meeting which held virtually on Tuesday, and presided over by the Minister of Education, Adamu Adamu. Already, universities, polytechnics and colleges of education have sent their various cut-off marks to JAMB.

Stakeholders also adopted the 2021 admission guidelines, which provide that all applications for part time or full time programmes for degree, NCE, OND, and others must be posted only through JAMB. The meeting approved that for Direct Entry (DE) the maximum score a candidate can present is 6 and the minimum is 2 or E, as required by law.

According to the stakeholders, the 2021 admissions would be conducted only through CAPS, no institution is allowed to admit candidates without uploading their details on CAPS.

Oloyede further disclosed that for 2021/2022 Unified Tertiary Matriculation Examination (UTME), the board was introducing two new subjects: computer studies and physical and health education, bringing to a total of 25 subjects.

Speaking on the 2020 admissions, Oloyede that said about about 600,000 out of the 956,809 admission spaces in the 962 higher education institutions in the country have been admitted.

While saying there are many admission spaces that have not been filled up in several courses due to lack of qualified candidates, Oloyede that said private universities in the country were only able to admit 36,381 candidates out of the 120,938 spaces available to them.

Declaring the policy meeting open, Minister of Education, Adamu, commended JAMB for introducing use of National Identification Number, NIN, in the registration process for UTME.

Represented by the Permanent Secretary, Federal Ministry of Education, Sonny Echono, the minister said that the use of NIN drastically reduced examination malpractice in the 2021 exam, adding that the West African Examination Council (WAEC) would also follow similar path by adopting mandatory use of NIN.

“I am enthused that the last examination recorded the lowest the lowest cases of examination irregularities in the history of the Board because those who will normally have exploited the weak links through biometrics infractions had been effectively check-mated with the introduction of NIN by JAMB.. .

“It is gratifying that the WAEC has decided to follow the path of using NIN to curb examination malpractices. The Ministry is presently considering other ways of using using the NIN to uncover some other admissio irregularities and all perpetrators including their collaborators in the institutions would be made to face the consequences.“