Tinubu and his architecture strategy 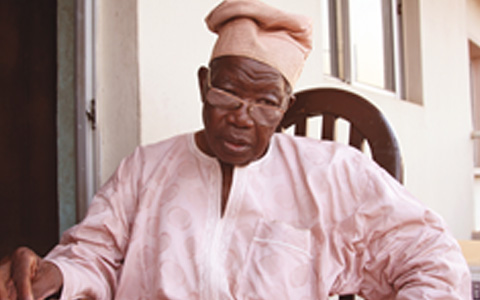 The Chairman of the Lagos State Universal Basic Education Board (LASUBEB), Wahab Alawiye-King, has described the late former governor of the state, Lateef Jakande, as a great educationist who built a strong foundation for the growth of education in Lagos.

Alawiye-King added that the giant stride made by his administration between October 1979 and December 1983, was responsible for the development currently witnessed in the education sector of the state.

The chairman’s reaction was contained in a statement he signed after news of the deceased first elected Executive Governor of Lagos State filtered in.

“He was a different person to different people and groups. He was a great journalist, a political avatar, a great humanist and a quintessential leader. For me, he was one of the greatest educationist Nigeria has ever produced, his love for education knew no bound,” he added.

According to him, through the massive construction of schools, he abolished the shift system in Lagos education structure, introduced School Management Committees for each division to manage and supervise the schools.

“He also introduced medical units for schools where sick pupils and students get immediate medical attention whenever they have any health issue. And buying brand new buses for all secondary schools in the state which also served as official cars of the school principals.

“He established the Lagos State University, Ojo while developing the Lagos State Polytechnic into a multi-campus structure. He was also responsible for massive recruitment of teachers into the state education sector and till today, his education legacy remains the reference point for education growth not only in Lagos but also in Nigeria,” Alawiye-King said.

The LASUBEB Chairman, meanwhile, condoled with the immediate family of the deceased, the state government, the state Governor, Babajide Sanwo-Olu, the Progressives family, and Nigerians at large.