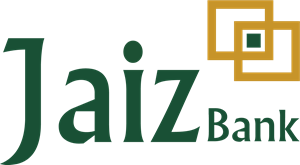 Nigeria’s leading non-interest bank, Jaiz Bank Plc performed strongly in 2020 with 33 per cent growth in the top-line and the bottom-line.

Based on the interim report and accounts of the bank for the year ended December 31, 2020 released at the Nigerian Stock Exchange (NSE) at the weekend, the gross earnings rose by 32.6 per cent while profit before tax grew by 33.3 per cent. The strong bottom-line performance enabled the bank to increase net profit, in spite of provision for taxes in 2020 as against tax gain in 2019.

Meanwhile, directors of the bank have affirmed that the bank will remain profitable with above average double-digit profit margin of 14.3 per cent in the second quarter with gross earnings of N6.43 billion within the three-month period.

Second quarter forecasts released at the NSE indicated that the non-interest bank continues to expect profitable performance across all indices.

The forecasts signed by Executive Director of Operations and Chief Finance Officer, Jaiz Bank Plc, Abdulfattah Amoo, projected gross earnings at N6.43 billion, including financing incomes of N6.07 billion and other incomes of N358.88 million within the three-month period between April and June 2021.

Jaiz Bank had in a five-year projection made available earlier to the investing public forecasted that it would grow its income and profitability consecutively over the five-year period, with pre-tax profit for the period expected to be about N15.86 billion.

The management of the bank had outlined the five-year growth plan of the pioneer non-interest bank, with an assurance that it would sustain year-on-year growth over five-year period.

Usman said the bank’s growth strategy of focusing on the real sector, though painstaking, will ensure sustainable growth and better returns over the years.

According to him, Jaiz Bank wants to develop small and medium enterprises (SMEs), grow with them and support them not only for profit making but to ensure the country achieves real growth.