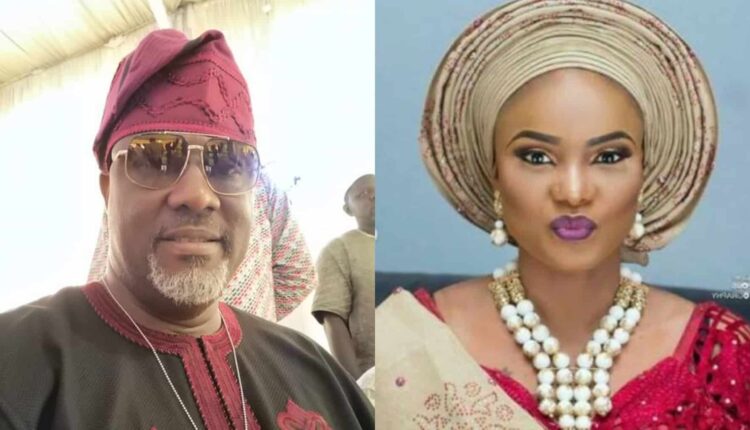 A popular Nollywood actress, Iyabo Ojo, has confirmed that the audio currently in circulation on different social media platforms concerning his love affair with a politician from Kogi State was truly her voice and that she has right to have love affairs with any male individuals of her choice.

Ojo said that the comments made in the audio that was said to have been released by a close friend of hers were uttered after been angry over what the lawmaker did to her.

The actress made the confirmation on Sunday in an over 15 minutes video released on his official social media handles to react over several issues including his conversation with a veteran Nollywood actor, Deji Aderemi, popularly known as Olofa Ina, over Omiyinka Olanrewaju, also known as Baba Ijesha before his release during the week.

Also, she spoke on another colleague, Yomi Fabiyi, who extended an olive branch to her on the Baba Ijesha feud and other shades thrown at her.

Speaking on the audio in circulation especially as it concerns a love affair with the former Chairman of Senate Committee on the Federal Capital Territory (FCT), Dino Melaye, the actress, who did not mention the lawmaker’s name, stressed that his actions were not against the law and that she could not be penalized for having love affairs.

In the video, she noted that the country’s constitution only forbids teenagers from getting married legally and that the law did not prevent any adult from legally engaging in love affairs.

According to her, on the voice that was released, well things happen and one could get angry and say whatever he felt at that moment was right.

“I am an adult and not a baby. I have a right to have a relationship and do whatever I feel like doing as long as I did not go against the law of Nigeria”, the TikTok award winner added.

In the audio monitored by The Guild, the actress was said to have claimed to had a love affair with Melaye, who represented Kogi State, and that they were about to organize their wedding before they both went their separate ways over a feud.

Ojo, in the lengthy discussion she allegedly had with the lawmaker at the twilight of their affairs, cautioned him to stop denying their love affairs at public functions and stop uttering negative words about her to other colleagues including Biodun Okeowo popularly called Omorborty.

Reacting, Dino, in a post shared on his Instagram page, said several speculations about him dating, impregnating or planning to marry anyone are all lies. Nevertheless, he would soon be getting married.

The audio was released amid the ongoing feud between the multi-award-winning actress and her colleague as well as best friend, Tosin Abiola, popularly called Omo Brish.

The feud between both actresses was said to have ensued over the business they invested in particularly a movie and other personal matters.