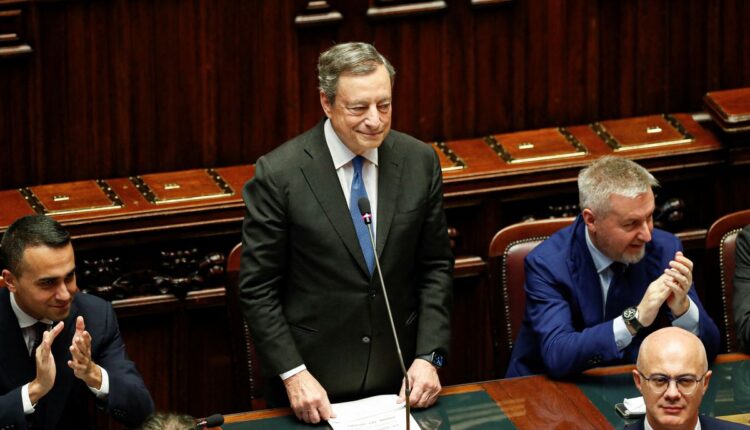 Italian Prime Minister, Mario Draghi has handed in his resignation to the President, Sergio Mattarella after his unity government fell apart over his unfulfilled promises.

Draghi resignation was said to have also been necessitated by the political crisis of the country and the declining state of the financial markets.

Confirming his resignation, Mattarella’s office through a statement released on Thursday, said that the head of state had taken note of the resignation and asked Draghi to remain in a caretaker capacity.

Meanwhile, it was not stated what Mattarella would do next following the resignation of the prime minister.

On their part, political sources said that earlier this week that he would likely dissolve parliament and call early elections in October.

As gathered, Italy’s coalition crumbled on Wednesday when three of Draghi’s main partners snubbed a confidence vote he had called to try to end divisions and renew their fractious alliance.

The political crisis has up-ended months of stability in Italy, during which the respected former central banker Draghi had helped shape Europe’s tough response to Russia’s invasion of Ukraine and had boosted the country’s standing in financial markets

Italian bond and stocks sold off sharply on Thursday just as markets were bracing for the first interest rate hike from the European Central Bank since 2011.

CAN threatens to control christians PVCs ahead 2023 general elections