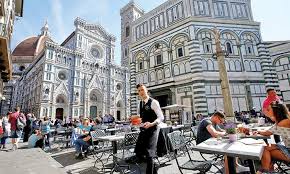 Efforts by the Italian Government to boost the economy after outbreak of coronavirus suffered setbacks after its annual Gross Domestic Product (GDP) dropped by 9 percent, just as it was projected that the economy was expected to grow by 5 percent next year.

Earlier in April, the government of the anti-establishment 5-Star Movement and the centre-left PD party forecast a fall in gross domestic product of 8 percent this year and a 2021 rebound of 4.7 percent.

The new forecasts, along with public finance projections, was expected to be published, providing the framework for the 2021 budget which must be presented to the European Commission in mid-October.

Italy’s target has also been rated as unachievable considering that the country, rated as euro zone’s third-largest economy, has not seen annual growth of 5 percent for more than 40 years.

The new GDP forecasts, which still need to be finalised, were based on an unchanged policy scenario, which means they do not incorporate planned expansionary measures to be financed by the European Union (EU) Recovery Fund, the sources said.

According to the government estimates, it was expecting that $247 billion cheap loans and grants by Year 2023 from the fund, designed to help the EU nations hardest hit by COVID-19.

Earlier, the Economy Minister, Roberto Gualtieri, said that Rome aims to present its so-called National Recovery and Resilience Plan, which will front-load the spending of up to 10 percent of this total, to the European Commission early next year,

Among a raft of projects under discussion, the government wants to create a national ultra-fast broadband network, upgrade its rail lines and spend more than 30 billion euros in six years to strengthen its healthcare system.

In a paper published this week, the government said Europe-funded reforms could help Italy double its growth rate, narrow its north-south divide and even increase its birth rate – one of the lowest in the world.