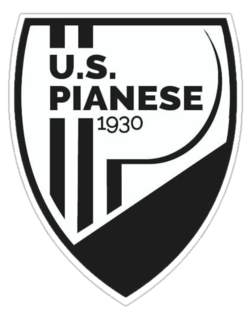 Football players, coaches and other staffs of Italian club, US Pianese, have been placed in quarantine after a Nigerian and three others including a staff tested positive for Coronavirus.

One of the club’s players began to develop symptoms recently, while the team was in Alessandria for a Serie C fixture.

He was tested for COVID-19 and later hospitalised in city of Siena after results confirmed he had contracted the virus.

The club, in a statement released earlier, narrated that two other players and a staff have been diagnosed since then.

“At the moment those infected are four, three players and a team official,” a spokesman for Pianese said.

“The first is a young player who had started to experience a slight rise in temperature and headache last Saturday, when the team was away to Alessandria to play a championship game.

“The second player is in self-isolation at his home, while not showing any symptoms, as well as the third player who is slightly feverish.

“The fourth person tested positive for the swab is a club official who this morning, after spending the night in a feverish state, was transported by ambulance to the hospital in Siena.

“Currently, all the players, the technical staff and the managers present during the trip last weekend are in a 15-day quarantine.”

Club president, Maurizio Sani, has also placed himself in voluntary quarantine and declared that no Pianese employees are authorised to issue interviews, speak on the matter.