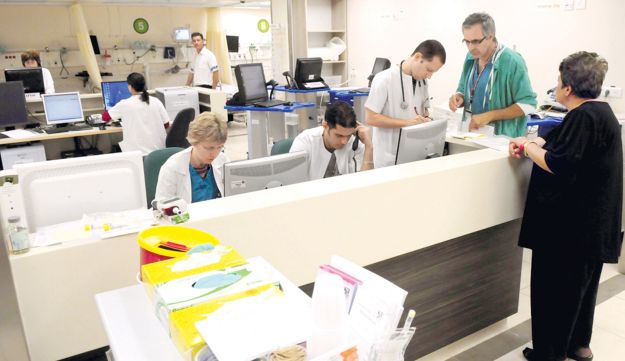 As part of measures towards curbing spread of coronavirus across the country, the Israeli Government has disclosed that plans had been concluded to begin COVID-19 trials in augmenting the nation’s emergency response drive.

As stated, the first trials of the vaccine would commence with 100 volunteers in furtherance of the government’s commitment towards ridding the country of the deadly respiratory disease with an approved vaccine for guaranteed treatment protocols.

As explained, the trials are scheduled to begin in October at Sheba hospital and Hadassah Medical Centre in Jerusalem, and that both facilities were selected for the exercise because of their large centers for clinical trials.

Confirming the development, the Director-General, Hadassah, Zeev Rotstein, said that the vaccine, developed by Israel’s governmental Institute for Biological Research (IIBR), was based on another virus that was not harmful to humans.

Briefing newsmen on Thursday, he recalled that the IIBR had in June announced success in the vaccine trials on hamsters and that the vaccinated hamsters’ blood did not contain residues of coronavirus, while they also developed antibodies against the virus.

“One component of this virus has been replaced by a component of the novel coronavirus, which is responsible for its binding to human cells. The body’s immune system is supposed to identify the binding site and develop antibodies against it, preventing the coronavirus from binding to the cell,” the DG said.

According to him, the first stage the safety of the vaccine would be tested, after which the volunteers would receive the vaccine at one dose, through a muscle, hand, or buttocks, adding that if it was proven that the vaccine has no significant side effects, the trials would be expanded to hundreds of volunteers, and then its effectiveness would also be tested.

On the facilities preparations ahead of the trials, Rotstein maintained that the hospital staff was ready, including special facilities needed for the first phase of the complex trials.

“We will have to do it according to the rules and in a perfect way that will be good, efficient, and without additional risks,” he added.