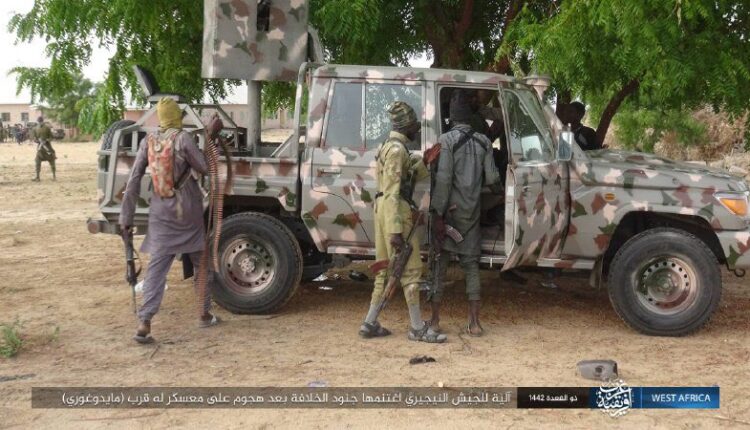 A military base in Maiduguri, Borno State was reported to have been taken over by the Boko Haram rival group, the Islamic State West Africa Province (ISWAP), after dislodging the officers stationed at the base.

The ISWAP fighters, after taking over the premises, were said to have moved away Armoured Personnel Carrier (APC) and other ammunition belonging to the Nigerian military stationed to prevent the terrorists from attacking communities including Almajiri Camp in the state.

As gathered, the military officers stationed at the camp tried to repel the attack, which occurred on Wednesday, but could not and fled after they were overpowered by the jihadists.

In the video and pictures already circulating on different social media platforms, the members of the terrorist group, who were said to be under the interim leadership of Abu Musab Al Barnawi, ambush the camp with young jihadists and left with the Army weapons. 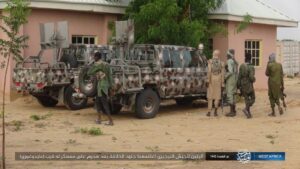 From the pictures, ISWAP members were seen standing with gun trucks and other ammunition left behind by the military officers after fleeing to avoid been killed by members of the group.

Sources said that some ammunition found at the camp was destroyed while those that could be moved away by the terrorists from the premises were taken along and that that the ammunition could be used to attack other communities within the state.

The attack came days after ISWAP claimed responsibility for the death of Boko Haram leader, Abubakar Shekau, who was said to have been forced to commit suicide.