Atiku-Okowa: The opportunities and challenges before 2023… 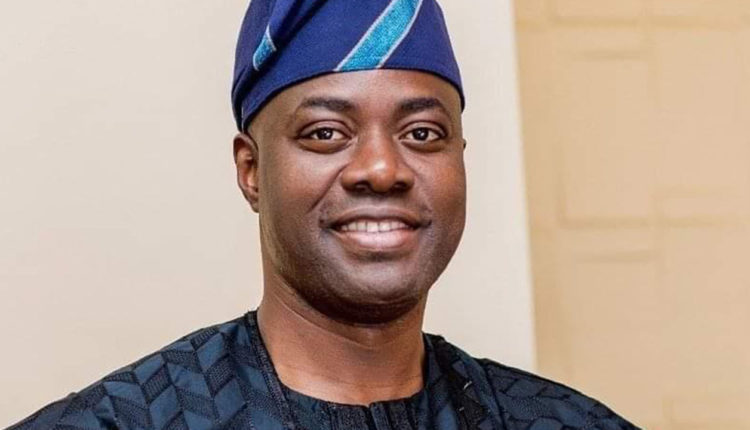 In a popular Spanish heist crime drama television series “Money Heist” otherwise known as “La Casa De Papel”, a beautiful quote befits the tempo of this article and it goes thus “there are moments in life we should just be able to have a damn remote control, so you could pause it. Even if just for five minutes. But sometimes things happen with irrelevant obscenity and there’s nothing you can do to help it”. Corona Virus paid us a visit without knocking and has not just decided to “slap” us with health catastrophes but ensured the attack is accompanied with economic challenges too. From foggy China to snowy Canada, from lively London to bubbling New York. The monstrous visitor has disrupted the global economy.

“We envisage a slowdown in the global economy to under two per cent for this year, and that will probably cost in the order of $1 trillion, compared with what people were forecasting back in September,” said Richard Kozul-Wright, Director, Division on Globalization and Development Strategies at UNCTAD. The global oil market which Nigeria “worships” the most is also betraying us with the international Brent crude declining below $25 per barrel on March 18. Practically, crude oil prices are trading below $30 per barrel since March 18. And Federal Government Nigeria which serves as the biggest “baby feeder” to all states budgeted N10.33 trillion for 2020 and pegged global oil price at $57 coupled with budget deficit of 2.18 trillion Naira.

A reputable Economist Ayo Teriba gave a brilliant interview telling us the reasons we should not fear as a nation despite the coming of the “winter”, he is very sure with the end of Coronavirus the global oil price will bounce back. Nobody is doubting if it will bounce back or not, the question is “whether Nigeria will not experience devastating blows like inflation, falling revenues, more unemployment, increased poverty etc” considering the disruption done by COVID-19 even if it’s just three months. We should not even over fan the fire mentioning the challenges to be faced by states in Nigeria.

Interestingly, Oyo State presented 213.78 billion Naira 2020 budget which is lesser than 2019 budget of his predecessor and the Executive Governor gave an assurance of 70% “budget implementation” with special focus on education getting 22.37 percent of the budget, infrastructure getting 23.93 percent, Agriculture shared 4.1 percent and health, the sector expected to address coronavirus in the state, received 5.18 percent.

Beyond the nightmare of the health catastrophes COVID-19 could bring to Oyo State and avoiding the debate of whether the Executive Governor has responded proactive enough, the biggest concern now should be the economic consequences of COVID-19 in the state. Can the state still achieve 70 percent budget implementation, what is the current status of the Internally Generated Revenue (IGR) since the current regime resumed office, will the focus on infrastructures be feasible without fat borrowings, should the budgetary allocations for health and Agriculture be revisited. My “infant brain” suggests to me that the state must invoke a change of strategy as far as the Oyo State economy will be concerned in few months to come. Federal allocations which we heavily rely on might not be so stable considering the instability in global oil price and global shocks that will affect productivity and trade in domestic economies. I do not envy any Governor now because they are in a “trilemma”, in between three odds of whether or not to collect more taxes, cut public spendings and stop the circulation of money in the formal and informal economy, cut the expenditures on personnel/ appointees and invoke the “thunder” of the more hungry political wolves. Picture the confusion in your minds and imagine the “storms uncovering”. But in the most trying times, creativity is birthed but not without discipline, innovation and intelligent execution.

In conclusion, in view of these foreseen “harsh economic winter” in the State. The Executive Governor must be ready to work with more intelligent, creative and sincere thinkers and new strategies must be prepared to target the biggest priorities which are “food security and efficient health care”. 2020 has been disrupted already, therefore food security, health efficiency and employment/SME intervention support must be the greatest focus. This will come with a price of political sacrifice and fiscal creativity at least for 2020 and not media sensations. The Governor will never want to tamper with prompt payment of salaries for workers and pensioners which are part of the “intervention fiscal strategies” basically but how the Governor will amalgamate the existing fat public spendings with “urgent intervention in food security, health, employment and SME supports” remain the biggest intellectual challenge and the Governor must win or else?.

Sanwo-Olu approves e-learning portals for LASU students, others amid lockdown

Nigeria’s Supreme Court and challenges ahead