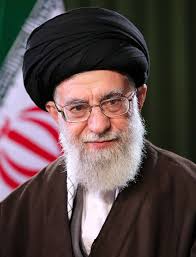 The Iranian Government has rejected the United State of America’s offer to help it fight the deadly coronavirus pandemic in the country and affirmed Iran’s capability to successfully handle and overcome the health crisis outbreak within its borders without foreign help.

It stated that despite rising incidence of the novel viral infection in the country, Iranian healthcare authorities were up to the task of successfully ridding the country of coronavirus, and that as such, help from the US was not needed nor wanted by the nation.

According to the Supreme Leader of Iran, Ayatollah Ali Khamenei, the offer of help by the United States was strange, considering the fact that America was faced  with severe shortages of relief items necessary for the prevention and control of the global pandemic which had run rife within its borders.

Khamensi, through a televised speech aired on Sunday in the country, alleged that the US would do better to keep its help and rather use the intended relief items to mitigate further spread of the viral respiratory infection amongst its people, adding that Iran did not need such help from the world power.

He recalled that allegations had risen since inception of the pandemic in Wuhan city, China, that the novel virus had been created as a biological weapon by America, saying that though the allegations had not been proven, they still cast aspersions on the motive behind its offer of aid.

The supreme leader expressed his confidence in Iran’s capacity to decisively deal with any crisis with which it was faced, adding that the coronavirus threat would be no exception.

“The offer by the United States to help Iran fight the coronavirus pandemic is strange, several times Americans have offered to help Iran to contain the virus. Aside from the fact that there are suspicions about this virus being created by America, their offer is strange since they face shortages in their fight against the virus. Iran has the capability to overcome any kind of crisis including coronavirus outbreak”.

China moves against importation of coronavirus after recording 46 new case