JUST IN: Motorists panic after Tanker goes up in flames… 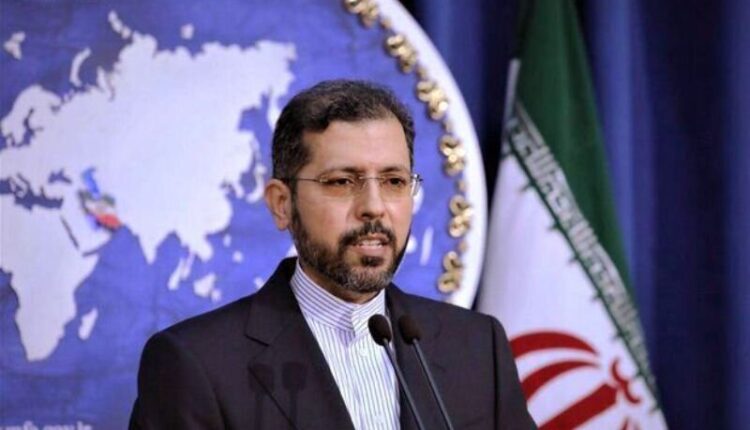 The Iranian Government has rejected moves to include Saudi Arabia in the nuclear deal with the United States (US) and other world powers, threatening to back out from the negotiation.

It argued that any new negotiations or changes to the agreement ratified by United Nation (UN) through the Security Council Resolution 2231 would not be accepted.

Iran issued the threat after French President, Emmanuel Macron, said any new talks should include Saudi Arabia, considering their status in the region, an opinion that was also echoed by Saudi foreign minister, Prince Faisal bin Farhan.

Reacting over the moves, Iranian Foreign Ministry spokesman, Saeed Khatibzadeh, on Saturday, cautioned against reviewing the agreements stated in the resolution that was reached several months ago.

Khatibzadeh said: “The nuclear accord is a multilateral international agreement ratified by U.N. Security Council Resolution 2231, which is non-negotiable and parties to it are clear and unchangeable”.

US president, Joe Biden, has signalled he will return the US to a nuclear accord with Iran and that he still backed the 2015 deal negotiated under Barack Obama, from which Donald Trump withdrew.

Biden further indicated he would bring Iran’s US-allied Arab neighbours, such as Saudi Arabia, which sees Iran as its arch-rival, into the process known formally as the joint comprehensive plan of action (JCPOA).

Farhan had earlier argued: “Primarily what we expect is that we are fully consulted, that we and our other regional friends are fully consulted in what goes on vis a vis the negotiations with Iran. The only way towards reaching an agreement that is sustainable is through such consultation.

“I think we’ve seen as a result of the after-effects of the JCPOA that not involving the regional countries results in a build-up of mistrust and neglect of the issues of real concern and of real effect on regional security.”