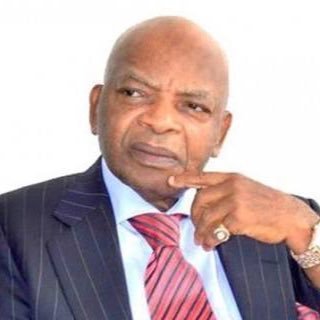 Businessman and oil tycoon, Arthur Eze, has described agitations by Indigenous People of Biafra and Yoruba Nation for secession as mere distraction, urging President Muhammadu Buhari to remain committed to the task of nation building through his developmental initiatives contained in his administration’s Next Level agenda.

He added that it was important for the president to stay focused and not be distracted by agitations for separatism rocking some parts of the country, noting that contrary to pictures painted by the agitators, the country was thriving and on a path of accelerated developments.

Eze, who spoke during a private visit to the president yesterday night at the Presidential Villa, Abuja,  commended  Buhari on the infrastructural development in the South-East, particularly the second Niger Bridge, which he claimed, has attained about 70% completion and slated for commissioning before the end of 2022.

Furthermore, the businessman urged Nigerians to always preach peace as against hate, and draw lessons from countries suffering the effect of war by pausing to reflect and choose a path of peace and unity.

He pledged loyalty and commitment to the unity, peace and indivisibility of Nigeria, urging the president to stay focused and not be distracted by agitations for separatism rocking some parts of the country.

“There are countless Igbos scattered around the nooks and crannies of Nigeria, who live happily in peace, and do their legitimate businesses without complaint of marginalization. No matter what, let’s tolerate one another and always embrace the spirit of peace, forgiveness and reconciliation. God that brought us together has not made a mistake. I have no other country than Nigeria, let’s join hands and solve our problems ourselves,” Prince Eze said.

He commended the president on the successes recorded in the North-East where Boko Haram fighters are surrendering in droves, urging more efforts in the North-West against bandits and other criminals.

Eze advised the government to give more opportunities to local outfits like the Nigerian Security Printing and Minting Corporation, to print election ballot papers, sensitive security documents, certificates, local, state and Federal Government revenue and treasury receipts, passports, and others, since it had the capacity to do so.

In his response, Buhari thanked Eze for visiting and for his good wishes for the country and government at all times.