WHO cautions scientists against substandard COVID-19… 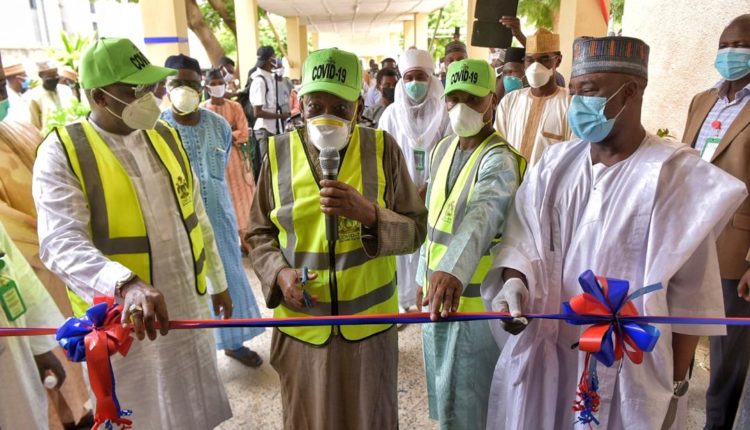 A coalition of private-sector leaders under the umbrella of Coalition Against COVID-19(CACOVID) has handed over the newly renovated Abubakar Imam Isolation Center to the Kano State Government, to curtail further spread of the deadly coronavirus infection in the state.

The coalition, led by foremost industrialist, Aliko Dangote, said that the move to renovate the isolation facility was aimed at aiding the state government’s efforts in its battle against the deadly coronavirus pandemic within its borders.

The representative of the coalition, Abdulkadir Sidi, who spoke during the handing over ceremony, revealed that the coalition had spent over N200 million in the renovation process and that it expected that the facility would increase the state’s response to rising incidence of the viral infection among the people.

Sidi added that the coalition had also provided adequate equipment needed for operating a world standard isolation center, as well as repainting the inner and outer spaces of the facility and providing air-conditioning systems in all the rooms.

He disclosed that the coalition had also recently constructed a 500-bed isolation center at the Sani Abacha Stadium which, he said would soon be handed over to the state government as well.

“The coalition has spent over N200 million in renovating, remodeling and equipping the Abubakar Imam Isolation center in Kano which was dilapidated. The move is part of the CACOVID drive to complement the efforts of the Federal and State Governments in the fight against coronavirus, as well as to combat the COVID-19 crisis in Kano state and the country at large,” Sidi said.

He stated that in a bid to ensure that the center served its intended purpose of isolating Covid-19 patients in the state, the facility had been fitted with essential amenities such as sporting equipment and a well-furnished common room for patients’ use.

The Kano State Governor, Dr. Abdullahi Ganduje, expressed his appreciation for the kind gesture from CACOVID, saying that the coalition, as well as its leader, Aliko Dangote, had contributed a lot towards the state’s fight against the coronavirus pandemic.

He said that the state and its people would remain indebted to the coalition for the aid received and thanked Dangote for always being there to help during the times of crisis.

“Surely, Dangote has positively assisted Kano state in the fight against the spread of COVID-19. He was there for us when we needed improvement in the testing of the virus by providing a mobile testing facility, he was there for us when needed an ambulance and other logistics, and now this remodeled isolation center. Truly, we lack words to say thank you to Alhaji Dangote.”

Ganduje assured the people of his administration’s commitment to ensuring the safety and health of residents and stated that the isolation center would be put to immediate use.