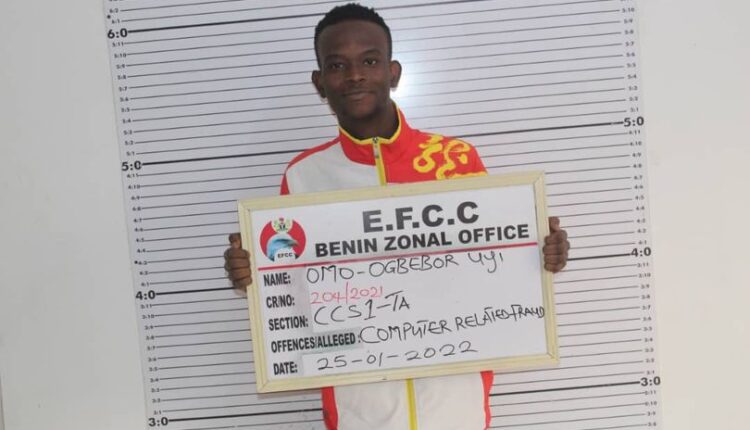 Uyioghosa, who was convicted on one count charge was said to have been arraigned by the Benin Zonal Command of the Economic and Financial Crimes Commission, (EFCC) after evidences found on him indicated that he was guilty of the allegations by the anti-graft agency.

He was arrested during a raid by the EFCC operatives and after interrogation, he was said to have confessed to the crime which led to his arraignment in court for prosecution.

As disclosed on their social media handle on Thursday, the defendant, during cross examinations in court had pleaded guilty to the charge against him  after narrating his involvement in internet related fraud, adding that his confession led to his sentence.

As gathered, Uyioghosa was said to have fraudulently impersonated the identity of Zhong Jiaming, a Chinese national, who he claimed to be  by sending his pictures to unsuspecting Chinese ladies through the internet with the intent to obtain money from them fraudulently.  Acting on credible intelligence and information, the raid by the anti-graft agency led to his waterloo.