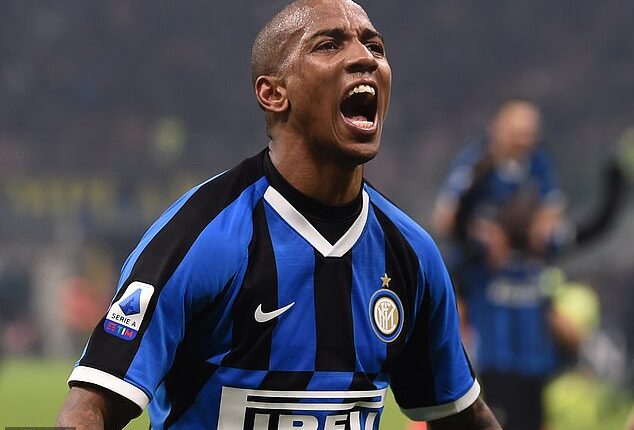 The Europa League runners-up, Inter Milan, has confirmed that its defender, Ashley Young, has been quarantined after testing positive for Covid-19.

The former England international and Manchester United captain returned a positive test after a test conducted on him and other members of the team that were not on international duty.

Young’s COVID-19 status followed positive test results of Roberto Gagliardini, Radja Nainggolan, and Ionut Radu, who were under isolation for contracting the virus.

The club announced the defender’s status on Sunday through a statement made available to newsmen, said that the former Manchester United captain would miss the Milan derby against their rival, AC Milan scheduled for next Saturday.

Young, who turned 35 in July, has featured in all three of Inter’s Serie A matches this season, picking up an assist in the 5-2 victory over Benevento on September 30.

The club said: “Inter announces that Ashley Young tested positive for Covid-19 following the test carried out yesterday [Saturday] in Appiano Gentile. The English footballer is already in quarantine at his home”.

He has helped Antonio Conte’s side climb to third in the league off the back of seven points from a possible nine, dropping only a couple away to Lazio in a 1-1 draw prior to the international break.

Having joined the club in the January transfer window of 2020, he established himself as a regular player in the Nerazzurri’s starting XI, in the second half of last term, turning in impressive numbers that saw him feature in all 18 of his club’s league matches, during which he posted four goals and as many assists.