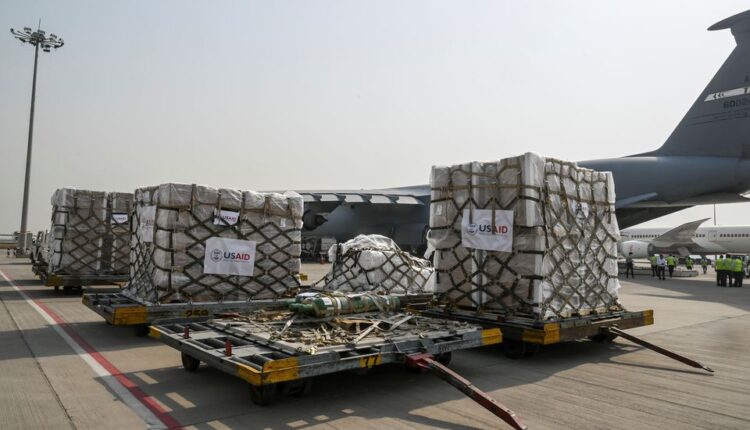 Despite being a major producer of coronavirus vaccine, several Indian states have run out of COVID-19 vaccines a day before kick-off of planned widening of a nationwide inoculation drive after new infections in the crisis-hit country surged to another daily record.

Indian Health Ministry said that the country recorded 386,452 news cases in the past 24 hours, while deaths from COVID-19 jumped by 3,498 over the last 24 hours.

It said that country has added about 7.7 million cases since the end of February, when its second wave picked up steam. In contrast, it took India nearly six months to add the previous 7.7 million cases.

The world’s second-most populous nation was in deep crisis, with hospitals and morgues overwhelmed by the pandemic, medicines and oxygen in short supply, and strict curbs on movement in its biggest cities.

India is the world’s biggest producer of vaccines but does not have enough stockpiles to keep up with the second deadly COVID-19 wave, despite Prime Minister Narendra Modi’s government plans to vaccinate all adults starting May 1.

Only about 9% of India’s 1.4 billion people have received a vaccine dose since January. “I registered to get a slot 28 days before, but now they are saying there are no vaccines,” social media user, Jasmin Oza, said in a video post.

India had originally planned to vaccinate only 300 million of its highest-risk people by August, but widened the target due to the rise in cases.

However, its two vaccine producers were already struggling to increase capacity beyond 80 million doses a month due to a shortage of raw materials and a fire at the Serum Institute, which manufactures AstraZeneca’s vaccine in India.

Inoculation centres in Mumbai would be shut for three days starting Friday because of the shortage of vaccines, authorities said.

Meanwhile, in the southern state of Karnataka, home to the tech hub of Bengaluru, the state’s health minister said Karnataka’s vaccination drive for adults will not begin on May 1.

“The state government has not received any information from companies about when they will be able to supply these vaccines,” said Health Minister K Sudhakar.