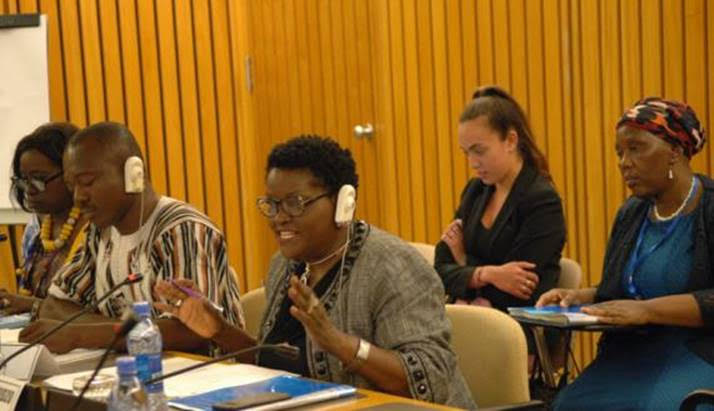 ECA’s Director of the Gender, Poverty and Social Policy Division, Thokozile Ruzvidzo, disclosed this yesterday at the third session of the committee on gender, poverty and social policy in Addis Ababa, Ethiopia.

Ruzvidzo stressed that solutions to the challenges formed nucleus of the convergence, saying, the committee is meeting for the next two days to look into the core role of the newly-formed Division that was reformulated to address gender, poverty and social policy as key African priorities.

The Division is home to sub-programmes that seek to address emerging issues impacting the lives of African women and girls, promote and support member States in their work to achieve gender equality and women’s empowerment; and contribute to Africa achieving inclusive and equitable sustainable human and social development.

“Despite strides the continent has made in reducing the incidence of poverty, under the current trajectory, it is unlikely that extreme poverty will be eradicated by 2030,” Ruzvidzo said.

Global extreme poverty is predominantly concentrated in Africa, and is declining much slower in the region compared to the rest of the world.

Particularly relevant to the new priorities of the Division is urbanization, the ECA Director said.

“In Africa, this megatrend has largely not been translated into diversification of the economy, structural transformation, and the creation of productive jobs away from substance agriculture, in manufacturing and modern services,” she said.

In numbers, more than 50% of urban residents in Africa live informally, increasing by 4.5 million annually and an estimated 210 million live under conditions of poverty in urban slums, excluding North Africa, a figure which is projected to rise to 256.4 million in 2020. In half of African countries, less than 35% of the population has access to improved sanitation facilities, less than 76% has access to potable water, and the urban housing deficit stands at $20 billion–$25 billion.

“These figures suggest that extreme poverty in Africa is moving from rural to urban areas,” said Ms. Ruzvidzo, adding the situation was equally challenging in terms of inequality in the region.

“The interaction between poverty and inequality requires urgent attention in order to resolve human ill-being, fulfil everyone’s human rights, and achieve collective peace, prosperity, and genuine democracy. Poverty and inequality do not only mean human deprivation, they often lead to social unrest and uprisings, growing radicalization, worsening of polarization within countries and communities, risks, and sometimes actual conflicts and wars,” she added.

Ruzvidzo said the ECA, amidst an uncertain and volatile global environment, slower growth in the region, and rising inequality, had to embark on reforms to ensure it remained in touch with Africa’s development efforts.

“The principal rationale for its recent reform was to re-affirm that the Commission was re-oriented to effectively implement its mandate, including effectively supporting the implementation of, and follow-up to, the 2030 Agenda for Sustainable Development and the African Union’s Agenda 2063,” she said.

Experts in the fields of urbanization, planning, social policy and gender, research institutes, UN specialized agencies and civil society are attending the meeting.