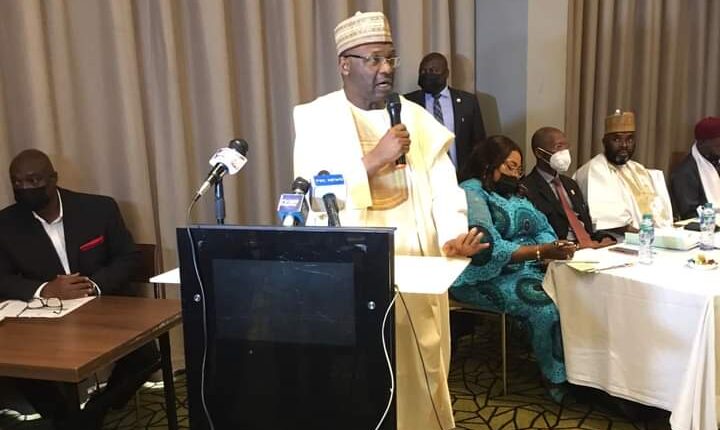 The Independent National Electoral Commission (INEC) has disclosed that plans have been concluded to release guidelines and regulations for the 2023 general election and others in accordance with the 2022 Electoral Act next month, April.

It also hinted work on the five year Strategic plan for election and Election project plan for the 2023 general election have been completed and would be made public during the unveiling ceremony for next year’s poll guidelines and regulations.

INEC further disclosed that it would also be rolling out the plan for achieving a more balanced distribution of voters to the polling units across the country before the general election next year.

The Chairman of INEC, Prof. Mahmood Yakubu, who disclosed this on Monday at the ongoing Induction Retreat for Commissioners in Lagos, reassured Nigerians of the commission’s commitment to credible polls in 2023.

Yakubu said: “The Commission has concluded work on the Strategic Plan 2022-2026 and Election Project Plan for the 2023 General Election. Very soon, we will finalise work on the Regulations and Guidelines for elections taking into consideration the provisions of the Electoral Act 2022. The three documents will be published and presented to the public next month i.e. April 2022”. 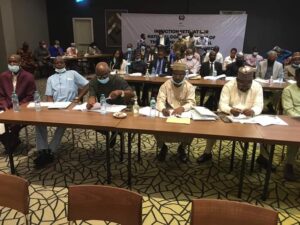 The chairman, meanwhile, disclosed that the commission has identified the challenges associated with the Bimodal Voter Accreditation System (BVAS) during voter accreditation for elections in the country.

According to him, in the recent bye-elections in six constituencies in four States of the Federation across four geo-political zones, the BVAS functioned optimally in rural, suburban, and urban areas of Cross River, Imo, Ondo, and Plateau States.

“We received no complaints from voters and no reports of glitches from observers in these bye-elections. We will continue to perfect the system in the forthcoming bye-elections and the end of tenure Governorship elections in Ekiti State on 18th June 2022 and Osun State on 16th July 2022”.

In a bid to achieve balanced distribution, Yakubu stated that the commission would be engaging stakeholders across board to ensure a more participatory approach as well as seamless exercise at polling units on election day.

“The Commission is encouraged by the response of citizens to the ongoing Continuous Voter Registration (CVR) exercise. Recently, the Commission devolved the physical registration beyond our State and Local Government offices nationwide. Millions of Nigerians have registered so far and we have been giving Weekly updates on the progress of the exercise for the last nine months.

“The Commission is aware that new registrants as well as those who applied for transfer or replacement of the Permanent Voters’ Cards (PVCs) would like to know when the cards will be available for collection. The reason why we have not made the PVCs available is because of the robust system of cleaning up the registration to ensure that only genuine registrants are added to the voters register using the Automated Biometric Identification System (ABIS) for fingerprint and facial clean up.

“I am glad to report that the Commission has completed the ABIS for the first and second quarters of the CVR. The Commission is meeting next week and the detailed dates and locations for the collection of PVCs will be announced”, the chairman added.

Court threatens to strike out EFCC’s suit against Okorocha