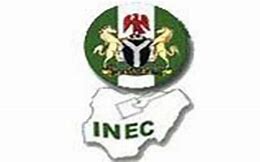 Organised Labour has disclosed that Independent National Electoral Commission (INEC) is set to witness its first industrial action since inception, as staffs threatened to abandon work over non-implementation of the new minimum wage.

It would be recalled that the Federal Government had directed all MDA’s to implement the newly approved N30,000 minimum wage, and effect full payment of arrears dated from April, 2019, with salary scales adjusted to implement all increments as agreed by FG and organised labour.

Labour Union, under aegis of the Association of Senior Civil Servants of Nigeria (ASCSN), however, revealed that INEC remained only government parastatal which had yet to implement minimum wage payments to staff, or make payments on arrears due to staff members.

ASCSN Secretary-General, Alade Lawal, in a letter written to the Commission, threatened that failure to implement FG directives would result in an indefinite industrial action by all commission staff.

Lawal, in a letter signed by Isaac Ojemnenke, which was sighted by TheGuild, allegded that the commission’s refusal to follow a direct presidential order had shown a breakdown in government command chain, as well as highlighting insensitivity of INEC leadership to the plight of civil servants.

He disclosed that the electoral commission had not paid 2019 promotion arrears to staff, nor had any moves been made, as at January 2020, to implement the approved salary scheme payment, which made INEC staff the only federal civil servants yet to benefit from reviewed minimum wage.

Lawal hinted that funds for arrear payment and implementation of the N30,000 minimum wage were allegedly deposited in a high-interest account by INEC leadership which was why the commission’s refusal to pay approved salaries to staff

While issuing a deadline for compliance to the electoral governing body, the secretary-general explained that it expected all arrears owed staff to be paid, as well as full implementation of approved minimum wage payments and increments on or before February 29, 2020, refusal of which, would result in indefinite strike action of all staff.

“The National leadership of the Association of Senior Civil Servants of Nigeria, the Union that constitute Council 1 of the Joint National Public Service Negotiating Council (JNPSNC) is suprised that INEC, the symbol of democracy in Nigeria has failed to comply with the directive of the Federal Government over this all important wage matter.

“Sequel to the above and the need to promote industrial peace and harmony in the INEC, the ASCSN wishes to request that the INEC management should implement the consequential adjustment on Salary of the members of the INEC staff with the effect from 18th April,2019 on or before 29th February,2020, failing which the Union will be left with no other alternative than to take appropriate Trade Union action to address the matter.

Lawal explained that organised labour would not relent till its demands were met and appropriate payments made to INEC staff.

He revealed that ASCSN was open to further talks with INEC leadership, and that the body was ready to provide all expertise needed to  ensure that their demands were adequately met.