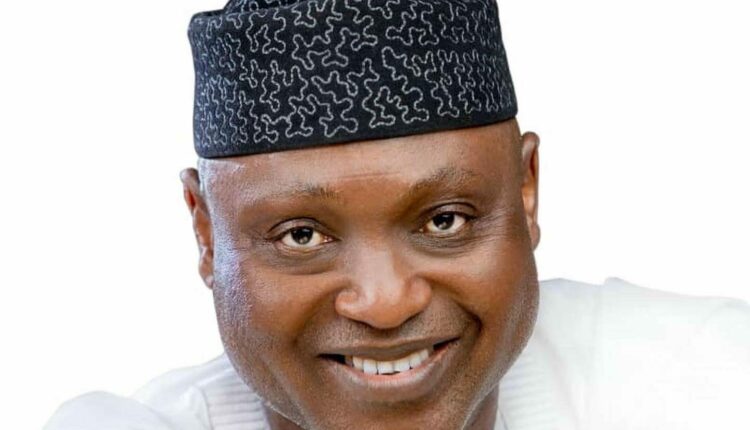 The Independent National Electoral Commission (INEC) has declared the All Progressives Congress (APC) candidate, Biodun Oyebanji, winner of the 2022 Ekiti governorship election after polling more votes than others during the exercise across the state.

Oyebanji was declared winner after he polled a total of 187,057 votes while his closest competitor, Segun Oni of the Social Democratic Party (SDP) had 82,211 and the People’s Democratic Party (PDP) candidate, Bisi Kolawole, came third with 67,457 votes.

The candidate, who is the immediate past Secretary to the State Government, won in 15 out of the 16 Local Government Areas of the state.

With the victory, the APC candidate is set to succeed the incumbent governor, Kayode Fayemi, in October when the administration’s tenure would elapse in the state.

The APC candidate was declared winner on Sunday by the INEC returning officer, Prof. Oyebode Adebowale, who said that Oyebanji had certified requirements of the law and was, therefore, declared the winner.

“That I, Prof. Oyebode Adebowale, hereby certified that I am the returning officer of the Ekiti 2022 Governorship Election held on June 18.

“That Biodun Oyebanji, the candidate of APC, having satisfied the requirements of the law, is hereby declared the winner and returned,” Adebowale declared.

The INEC returning officer, who is also the Vice-Chancellor, University of Ibadan, while given the breakdown of the total votes scored by the participating political parties, added that Accord (A) scored 166; African Action Congress (AAC) 409; All Progressives Grand Alliance,(APGA) 17 while Action Democratic Congress (ADC) polled 141 votes.

However, the Ekiti South West Local Government area Collation Officer, Prof. Gbolagade Jonathan, said there were issues of ballot snatching at Ward 6 , Units 5 as well as  7 and that the two affected units had a total number of accredited voters of 266 and 128 respectively.

Jonathan, while given his reports, said they were about to sort the results when gunmen stormed the affected units and started shooting sporadically making the people run for safety, while they carted away the ballot boxes in the process.

Supporters of the APC erupted in jubilation when the results of Saturday’s governorship election showed that the candidate of the party, Biodun Oyebanji, trounced the 15 other candidates that partook in the exercise.

Many who had stayed awake to monitor the exercise described Oyabanji’s victory as one that would consolidate on the achievements of incumbent governor.