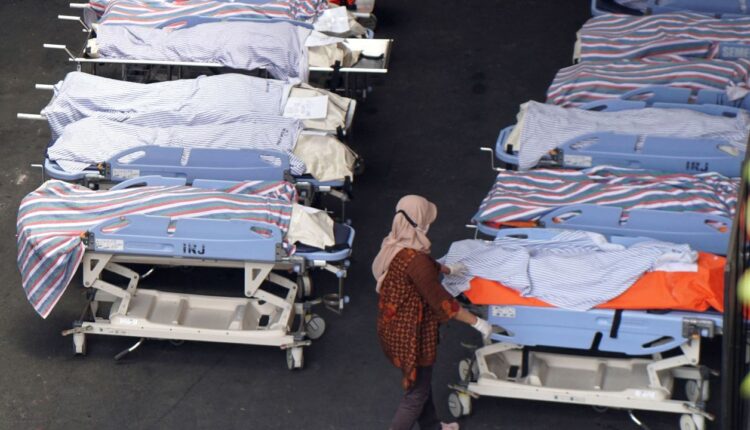 The Indonesian President, Joko Widodo, has suspended all league matches indefinitely after over 130 fans died and dozens of others sustained varying degrees of injuries during violence that erupted between fans of the country’s two biggest soccer teams.

Widodo has also ordered the country police boss to immediately commence investigations into the stampede that occurred when supporters of Arema FC and rival Persebaya Surabaya clashed in the stands after Arema defeated their opponent 3-2 during the game played in Malang, East of Java.

The president, who announced the suspension on Sunday during a live broadcast, described the incident as unacceptable and must be the last in fans clashes.

He said: “I have specially requested the police chief to investigate and get to the bottom of this case. Sportsmanship, humanity, and brotherhood should be upheld in Indonesia.

“I regret this tragedy and hope that it will be the last to occur in Indonesian football. We cannot have anymore (of this) in the future”, the president added.

Aside from the deceased, emergency officials disclosed that many fans had been admitted to nearby hospitals and they were suffering from lack of oxygen and shortness of breath.

Supporters of Arema FC and rival Persebaya Surabaya, two of Indonesia’s biggest soccer teams, clashed in the stands after home team Arema FC was defeated 3-2 at a match in the city of Malang in East Java, police said.

As gathered, the clashes started after supporters from the losing team allegedly invaded the pitch and police fired tear gas, triggering a stampede that led to cases of suffocation.

The Head, East Java police, Nico Afinta, at a press conference on the incident, added that the two policemen were also among the dead.

He explained that the stampede occurred at the exit gate while fans were trying to flee from the stadium to avoid been involved in the clashes that erupted.

Videos filmed from inside the stadium late into the night and shared on social media showed fans, dressed in red and blue, the home team’s colors, storming the field and clashing with Indonesian security forces, who appeared to be wearing riot gear.

Smoke, which appeared to be tear gas, was also seen later in videos, with several people shown being carried into a building.

Located in East Java, the Kanjuruhan Stadium is used mostly for soccer matches – with its full capacity estimated at 38,000 spectators. But 42,000 tickets were issued for Saturday’s game, according to ministry officials.

The chief security Minister, Mahfud MD, disclosed in a post shared on his official social media accounts that they had anticipated the clashes when they recommended that the time for the game should change.

“We had anticipated the (large) numbers and suggested that the game be held in the afternoon instead but it went on in the evening. Our proposals were not met. I also would like to emphasize that supporters in the field were Arema FC’s”, he added.