My presidential campaign will focus on issues- Tinubu

JUST IN: Toyin Abraham distances self from videos… 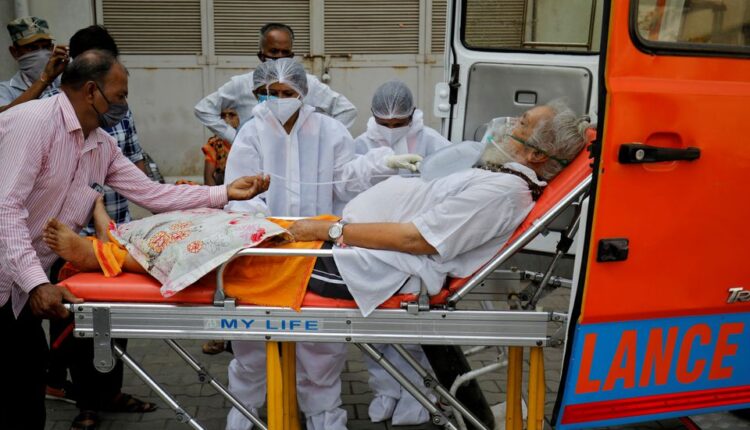 As surge in coronavirus infections pushed death toll towards 200,000, vital medical supplies arrived India on Tuesday as hospitals starved of oxygen supplies and beds turned away coronavirus patients across the country.

Supplies from Britain, including 100 ventilators and 95 oxygen concentrators, arrived in Delhi, while France was said to be sending oxygen generators able to provide 250 patients with a year’s supply of the gas.

Aside from the duo, China has also pledged medical supplies to the country despite locked in a year-long military standoff with India on their disputed Himalayan border.

Reacting to the development, China Embassy Spokesman, Wang Xiaojian, through a statement on its website on Tuesday, said that country would “encourage and guide Chinese companies to actively cooperate with India…,”

The first “Oxygen Express” train pulled into New Delhi, the capital, carrying about 70 tonnes of life-saving gas from an eastern state, but the crisis has not abated in the city of 20 million at the epicentre of the latest wave of infections.

Reacting to the spread, an administrator at the Indian Spinal Injuries Centre, Dr K. Preetham, said that the shortage of oxygen was the main concern across the country.

“For seven days, most of us haven’t slept because of the scarcity, we are forced to put two patients on one cylinder,” he said.

A Health Economist from the Indian Institute of Management cited in the southern state of Kerala, Rijo John, while reacting to the data said that fewer infections were largely due to a drop in testing.

“This should not be taken as an indication of falling cases, rather a matter of missing out on too many positive cases,” he wrote on his social media post.