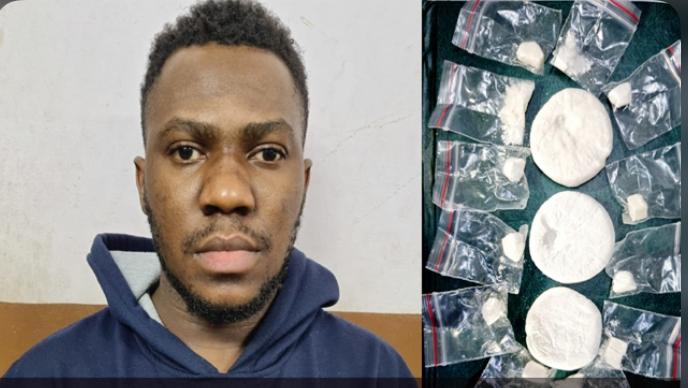 The police said that after arresting the Nigerian man, its security operatives also recovered cocaine valued at $973 from him.

Through a statement by the Bengaluru CCB’s anti-narcotics wing on Wednesday, the police noted that Kelvin had arrived in Bengaluru on a student visa and had been indulging in drug peddling.

“Based on a tip-off, Kelvin was arrested while he was trying to negotiate with a customer near Horamavu signal under Ramamurthy Nagar police limits.

“At the time of his arrest he was in possession of 54 gms of cocaine, which is valued around Rs 4 lakh along with an electronic weighing machine and three mobile phones,” the police said.

According to the police, the accused used to often travel to Mumbai and procure Cocaine from there and sell it here.

The police has registered a case and was investigating, reports sify.com.