India plans $60b loans for small business after economic meltdown 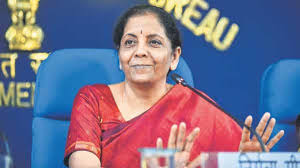 The Indian Government has revealed that it is set to offer $60 billion in loans to small businesses, shadow banks, and power companies with aim to help mitigate the harsh economic effects of the deadly coronavirus outbreak on privately held institutions within the country.

It said that the $60 billion was part of the implementation of the 20 trillion Rupee ($266 billion) credit line which was recently inaugurated by the Prime Minister, Nanrendra Modi, and added that the move was expected to aid reversal of the economic damage recorded as a result of rising incidence of coronavirus within the nation.

The Finance Minister, Nirmala Sithamaran, revealed while speaking to newsmen on Wednesday, that the credit facility would be extended to over 4.5 million small business owners in the country, and that guarantees would be given in order to enable the recipients access the loans without need for collateral.

Sithamaran disclosed that the government would also provide 900 billion rupees ($11.95 billion) to power distribution companies through its state-run electricity finance corporations, saying that the economic aid would ensure smooth running of operations until normalcy could be restored.

She added that the economic relief package would also aid real estate companies through the suspension of regulatory penalties payments on projects which had remained unfinished as a result of the coronavirus crisis.

According to the minister, the relief fund would be funded by government debt.