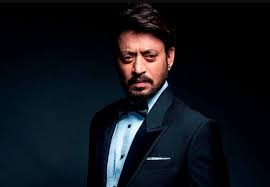 Few hours after the announcement of Bollywood star, Irrfan Khan’s demise, India has laid the popular entertainment icon to rest amidst eulogies and in a solemn ceremony due to the coronavirus movement restriction in the country.

The announcement of the actor’s death had come through his Public Relations Agency, Hardly Anonymous Communications, during the early hours of the day, informing Indians as well as Irrfan’s teeming international fans, that the 53-year-old had succumbed to complications from an existing neuroendocrine condition.

The agency described the deceased actor as a strong soul who had fought the ailment gallantly till the end and revealed that Irrfan’s burial ceremony was attended by family, close friends and relatives, in keeping with the nation’s coronavirus prevention directives.

The PR company, through a statement released on Wednesday, said that the actor, who had been brought to international limelight through his roles in the award-winning Slumdog Millionaire, Life of Pi, Jurassic Park, and others, was interred at the Versova Kabrastan in Mumbai, and that the ceremony had been in accordance with Islamic burial rites.

“It’s saddening that this day, we have to bring forward the news of him passing away. Irrfan was a strong soul, someone who fought till the very end and always inspired everyone who came close to him.”

Condolence messages poured in for the Bollywood star, as personalities such as the nation’s Prime Minister, Narendra Modi, Home Minister Amit Shah, Former Maharashtra Chief Minister Devendra Fadnavis, as well as fellow actors and colleagues expressed sadness at the demise of Irrfan.

Modi, through a post on his Twitter page, described the actor’s death as a loss to the nation’s world of cinema and theatre, adding that the world would remember the deceased through his stellar on-screen performances and praying for God to grant succor to the star’s family.

“Irrfan Khan’s demise is a loss to the world of cinema and theatre. He will be remembered for his versatile performances across different mediums. My thoughts are with his family, friends, and admirers.”

For colleague and co-star, Armitabh Bachchan, Irrfan was “an incredible talent, a gracious colleague, a prolific contributor to the world of cinema”, while Shah Rukh Khan, described him as “the greatest actor of our times”.