JUST IN: Court awards N20bn damages against DSS over Sunday… 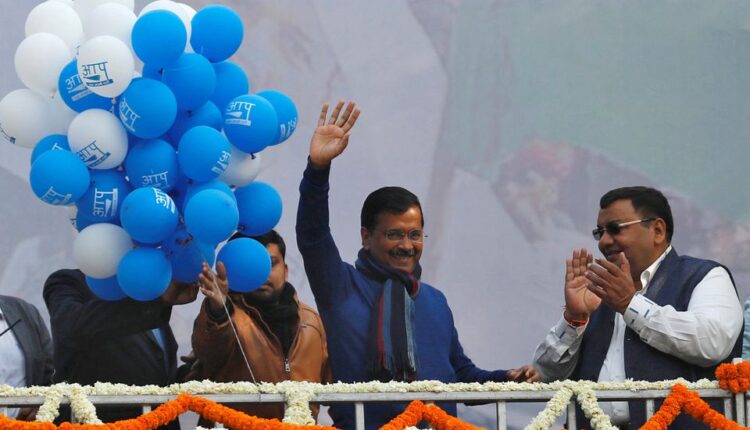 India Minister, Arvind Kejriwal, has announced that he had caught coronavirus just a day after he addressed an election rally without using a mask

Following his case and other skyrocketing cases, the India authorities in Delhi was said to have ordered people to stay home over coming weekends having seen COVID-19 cases quadruple in a week.

As announced on Tuesday, the Chief Minister, who is the most senior elected official of the Indian capital’s administration, was one of the 37,379 new COVID-19 cases reported in India in the past 24 hours with a total 124 death toll.

Kejriwal, who was said to have addressed an election rally in the state of Uttarakhand, stated via his social media handle that he had isolated at home with mild symptoms and urged anyone he had been in contact with during recent days to do likewise and get tested for COVID-19.

Replying his post, Facebook user, Abhishekh Singh, was said to have told the chief minister that he should reflect on his behaviour.

“Try spending some time in isolation to watch your own videos/advertisements on how to be careful, wear masks, and not overcrowd public places,” he wrote.

As gathered, the daily case load was the highest since early September and experts suspect the highly transmissible Omicron variant has begun to overtake the Delta variant as the latest wave of coronavirus infection builds in places like Delhi, though authorities say hospitalisations have not spiked yet.

Delhi is reporting more than 4,000 new cases a day, and Deputy Chief Minister Manish Sisodia said though most patients were showing mild or no symptoms and recovering fast, people will have to stay indoors on Saturday and Sundays to rein in the virus.

On weekdays, most offices will have ensure that half their employees work from home, he told a media briefing, adding that when possible infected people should stay home so that hospitals are able to handle the most serious cases.