Importation of used vehicles, bikes to gulp N3trn in 2021 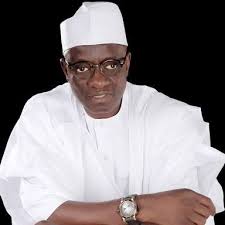 The Chairman of Peugeot Automobile Nigeria (PAN), Ahmed Wadada Aliyu, has said Nigeria will import used cars and motorcycles worth N3 trillion in 2021.

Aliyu, while speaking with press men, described the recent tariff reduction on automobiles by the Federal Government as a policy somersault from the recommendations of the Automobile Standing Committee set up through the Bureau of Public Enterprises (BPE) to examine factors hindering the growth of the automotive sector.

Ahmed, during the press briefing said, also accused the Comptroller-General of Customs, Col. Hameed Ali (rtd), of succumbing to the lobby of vehicle dealers with no matching investments in local vehicle assembly.

But in a swift response, the Nigeria Customs Service (NCS) dismissed the allegation, saying that Nigerians are happy with the new policy.

Aliyu, however, expressed concern that the new policy will affect PAN Kaduna Limited, which has already secured a financing of $150 million over the next three years for its operations.

He added that the tariff reduction would mean the imminent closure of PAN and other auto assembly plants.

He accused the Customs boss of abusing the direct access that he has to the presidency.

He said: “The Nigeria Ports Authority revealed in December 2020 that 13 vessels off-loaded used vehicles at the terminals. In 2020, the country imported used vehicles and motor cycles valued at N1.28 trillion.

“It means in 2021, Nigeria is likely to go berserk and triple the amount to N3 trillion. Forty per cent of the budget on importation of all manners of used cars is a direct consequence of the tariff reduction.

“The Comptroller General intends to flood Nigeria with ‘Tokunboh’ vehicles and ensure the closure of all assembly plants whereas the assembly plants have put in place a car financing scheme for Nigerians to own brand new vehicles at affordable rates.

“We strongly believe the Comptroller General succumbed to the lobby of ‘Tokunboh’ dealers who are glorified car dealers with no matching investments in local vehicle assembly, and without linkages and value chain components that can precipitate long term industrial growth of Nigerian economy.

“PAN Kaduna Limited has just been acquired and has already secured a financing of $150 million over the next three years, and the implication of this review means the imminent closure of PAN and other auto assembly plants due to misguided recommendations by the Comptroller General.

“We categorically state that this tariff review will become more detrimental to the long term competitiveness that the automotive industry must achieve if it is to play any dominant role in Africa continental free trade area.”‘