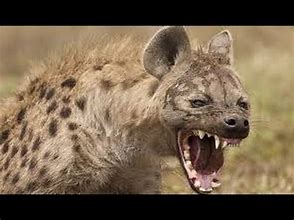 Residents of Nekede in Imo state were enveloped in fear after a hyena escaped from the State Zoological Garden and Wildlife Park and made its way into the communities and roamed freely.

It was gathered that the hyena, which was among animals on display at the zoo, escaped by digging its way out of his enclosure and made its way into neighbouring community, an act that left several residents to panic.

Sources said that residents became apprehensive after they notice the hyena and raised alarm to draw attention of Nigeria Security and Civil Defense Corp (NSCDC), Imo State Command and other operatives attached to the Park,

To prevent recording any casualties, the NSCDC and other operatives including residents to embark on a joint effort to recaptured a hyena which was said to have escaped from the zoo during early hours of the day.

Imo Wildlife Park General Manager, Francis Abioye, who confirmed the development to newsmen on Monday, stressed that no lives was lost, even as he commended NSCDC officers for their prompt response and recapturing the animal.

Abioye noted that without their invaluable efforts, more panic would have spread among people and the escaped animal might even have still been at large, thus, posing a risk to lives and wellbeing of residents in the host community, Nakede.

“I can confirm to you that a giant hyena escaped from its cage early this morning through an underground hole it dug but was later recaptured by NSCDC officers and animal experts,”

“The animal was able to escape from the premises through a vandalised part of the perimeter fence within the conservative area of the zoo,”

“Work is ongoing, we are sealing up any possible loophole areas to ensure that such an event never repeats itself,”

“I am indeed grateful to the men of the NSCDC Imo State Command, for their prompt reaction to our call for help. They put in great efforts, aided by our animal experts, to recapture the animal and bring it back safely into our enclosure”.

Abioye reiterated that management of the zoological garden were abreast of all necessary steps to forestall a recurrence on the scary event, and assured all residents of neigboring communities of freedom to go about their daily businesses as, situation had been taken under control.

“I call on all the good people of our host community, Nekede, and indeed all the people of Imo state, there is no cause for alarm. The hyena has been recaptured and all is now under control,”

“Please be rest assured that this would not repeat itself. The safety of our neigboring communities remain paramount to us and we will  do our best to ensure that no harm, from animals within our enclosures, come to you”.