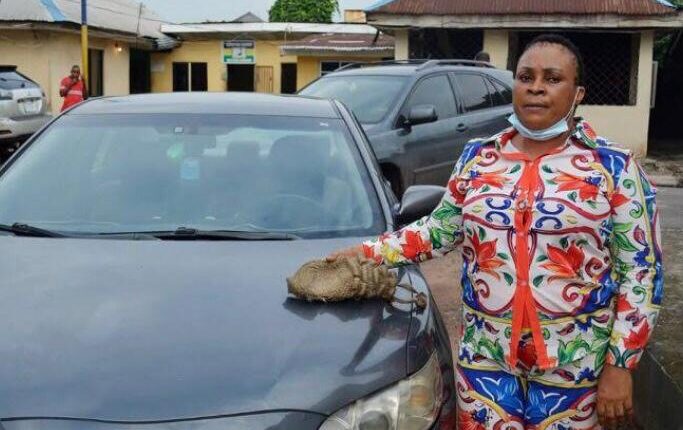 A 37-year-old lady, Kate Duruji, has been arrested and placed under detention by the Nigerian Police, Imo Command for allegedly claiming to be a certified legal practitioner in the state.

Duruji, who had allegedly been posing as a lawyer, was apprehended by the law enforcement officers after investigations revealed that the identity she had been presenting to members of the public was fake.

It was learnt that the lady, who had been parading herself as a lawyer to unsuspecting victims, was arrested following a fraud case that was reported to the command by a complainant.

The state’s Commissioner of Police, Abutu Yaro, who disclosed this through a statement released by Police Public Relations Officer (PPRO), Michael Abatham, on Wednesday, said that the suspect had confessed to the crime.

Yaro, while stating that the suspect hailed from Orji community in Owerri North Local Government Area of the state, stated that her confession led to the recovery of her wig and a Toyota Camry car with number plate ABUJA ABC 460 GG.

The commissioner hinted that investigations were still ongoing and assured Nigerians that as soon as the law enforcement completed their findings, the suspect would be arraigned in court.

“Following a case of fraud reported on the 30/6/2021 and under investigation, One Princess Duruji “Female” age 37 Years of Akakims Palace Orji Owerri, lmo State, whose information revealed that she has been parading herself as a lawyer to unsuspecting victims was formally arrested on the 5/7/2021. When she falsely presented herself before the police as a barrister at law.

“When she was interrogated, the suspect confessed to the crime which led to the recovery of a lawyer wig conspicuously displayed on the dashboard of her Toyota Camry car with registration number Abuja ABC 460 GG. The investigation is still ongoing and as soon as it is concluded she will be arraigned in court,” he added.

The Commissioner, meanwhile, cautioned residents to be wary of fake legal practitioners and advice that they approach genuine solicitors as well as advocates whenever they have legal cases to address.

He further warned those whose stock in trade was to go about impersonating as lawyers to desist from such acts, saying anyone found complicit in the crime would be arrested and prosecuted forthwith.