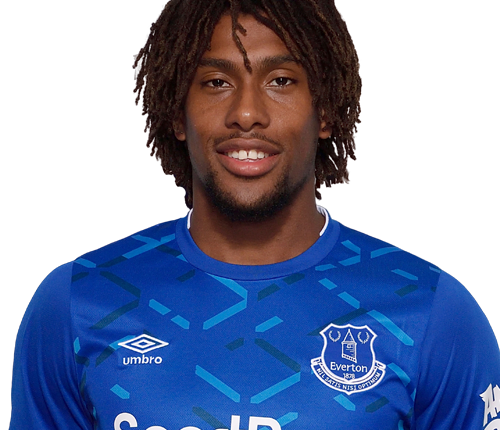 The Nigerian forward, Alex Iwobi, has revealed how his career improved after leaving English Premier League team, Arsenal, for Everton Football club, and the comfort presently being received playing under his Italian gaffer, Carlo Ancelotti.

He explained that the former Real Madrid and Chelsea manager’s distinct individual coaching style and preference for narrow wingers has aided his transformation into an improved player and is still helping to unlock his talent.

The former Arsenal FC player added that he feels natural in such system and he is “getting better every day” and rearing to go.

Speaking with evertonfc.com ahead of a premier league clash with his former club on Sunday, Iwobi said he has grown up playing on the left or as a number 10 and he has combined the two in one position.

“It feels natural and I am comfortable in the system, it has been bringing the best from me in training. The way he (Ancelotti) tells me to come inside is helping my body position, so I receive the ball in a better place (on the field),”

“It means my first touch takes me where I should go and I can come infield at the right time to be free and able to turn and play forward. He is helping me a lot and I am benefiting in training. I feel I am getting better every day with him”.

Recall that the Everton forward was out for six weeks due to a hamstring injury received while playing against former club, Arsenal, back in December, which represented his longest spell of inactivity since playing the first of 149 games for Arsenal in October 2015.

The Super Eagles forward, who has made 21 appearance for Everton signed a five-year deal to join the club from his boyhood club Arsenal on transfer deadline day in August, 2019.