How gunmen kidnap 17 US missionaries, family members in… 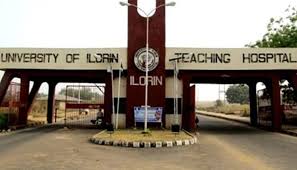 The Management of University of Ilorin Teaching Hospital (UITH), has announced the suspension of a Professor and Senior Consultant, Kazeem Salami, for allegedly engaging in unethical conduct in the handling of the state’s coronavirus index case.

It explained that allegations bordering on concealing of vital information of the index case, who died last week Thursday, from his colleagues by the consultant were responsible for his suspension.

The hospital Chief Medical Director, Prof. Abdullah Yussuf, noted that such conduct by a senior consultant who specialises in Infectious and non-infectious pulmonary diseases, posed a great danger to health of his colleagues and the teaching hospital in general.

Yussuf, in a statement issued by the hospital’s Director of Administration, David Odaibo, explained that the suspension will allow proper investigation into the unethical conduct before permanent decision would be taken on the recommendations of the investigative panel.

“The Management of University of Ilorin Teaching Hospital hereby suspend Prof A K Salami as a Senior Consultant in the hospital.

“This is as a result of his unethical conduct in the admission, management and eventual release of the corpse of a suspected Covid -19 patient who died in the hospital on the 3rd of April, 2020,” the terse statement read.

It would be recalled that Prof. Salami was the first contact of the deceased, Muhideen Obanimomo, a 57-year-old UK returnee, in the federal facility.

It was gathered that the deceased had been on self-isolation upon his arrival to Ilorin prior to his presentation at the Accident and Emergency Unit of the hospital on alleged advice of Salami.

Meanwhile, the State Government while reacting to the incident said there is no available fact to back the claims that the deceased died of the deadly virus.

It explained that the state had only recorded two cases of the novel virus which included the wife of the deceased, and one other United Kingdom returnee.

The State Governor, AbdulRahman AbdulRazaq, noted that the government received their tests which came positive from the Nigeria Centre for Disease Control Test Centre on Monday.

The Governor in a statement through his Chief Press Secretary, Rafiu Ajakaye, explained that the deceased and his wife who have tested positive to the virus went into-self upon coming into the state on March 20, 2020, without informing relevant authorities.

“On the 13th day of the self-quarantine, the husband suddenly had difficulties breathing after reportedly eating dinner and was rushed to the University of Ilorin Teaching Hospital. Efforts to resuscitate him proved abortive and he was pronounced dead.

“There is no fact at this moment to support suggestions that a male patient who died on Thursday night at the UNILORIN Teaching Hospital was a COVID-19 patient. The deceased, a Muslim, was promptly taken to Offa, his hometown, where he was interned on Thursday,” the statement said.