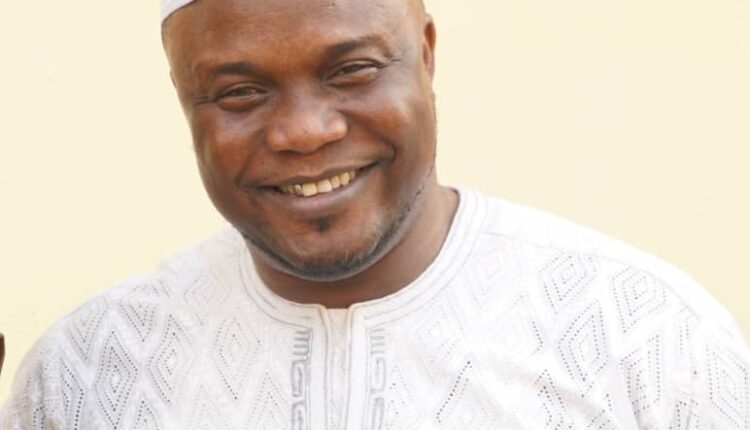 The Olu of Ikeja designate, Tajudeen Muritala, has promised to tackle issues bordering on insecurity and ensure protection of lives and properties of his subjects across Ikeja Kingdom and its environs, saying his reign would ensure peace return to the ancient town with residents living without fear of attack from miscreants.

The real estate expert who was recently picked by the three royal families in Ikeja to end the nine-year-old dispute over the Ikeja kingdom vacant throne, said that his plans was to ensure the town returned to its peaceful state which it was known for, adding that he, alongside his chiefs, would work assiduously in protecting the dwellers, offices, and business interests housed in the kingdom.

Muritala noted that upon ascending the throne of his forefathers, he would set the machinery in motion to ensure security architecture in Ikeja and its environs are strengthened such that would boost businesses and investors confidence in the area and further cement the kingdom’s success as Lagos State main economic hub.

He noted that plans have been perfected to ensure miscreants who have found respite in Ikeja are root out of the kingdom with strategies to sustains the nightlife businesses such that the town would retain its status as only community that operates 24-hours in area of enterprises, fun seeking, among others transactions without hinderances.

Briefing journalists during a press conference where the real estate expert was officially declared as the Olu of Ikeja designate on Thursday, the monarch-in-waiting noted that he would use his revered tool to work with relevant stakeholders, ministries and the state government rooting out every form of menace from the kingdom.

Muritala, who is from the Osooja royal family said that though the nine years interregnum had adversely affected the community’s development, he would not be dampened by the setback but exploit the area’s potentials in attracting different infrastructural development that would boost the kingdom’s local economy and further contribute to larger development of Lagos state.

According to him, with the new strategies being considered for strengthening security architectures across Ikeja, Lagosians and settlers in the area will go about their businesses and days-to-days activities devoid of insecurity concerns.

Furthermore, the king-designate noted that his reign would stop at nothing in ensuring that Ikeja kingdom remains safe and secure for all irrespective of tribe, religious or political affiliations. He noted that while security cannot be left alone for the government, he would immediately initiate engagement with relevant security agencies on the best approach to adopt in nipping the challenges in the bud.

“Part of my priority areas after ascending the throne will be security. Talking about security, I understand Governor Babajide Sanwo-Olu is doing his best to keep all Lagosians safe, but we must not leave security of lives and property at his doorstep alone. As the representative of my people, I will initiate relevant conversations and exploit Ikeja status in Lagos to further protect the people and drive out those behind subtle attacks and robbery in the area.

“We know we have issues to deal with in Ikeja in terms of miscreants who have turned the area to hotspot in robbing law abiding residents off their belongings, and we will do all within our power to protect our people by working with relevant security agencies in protecting resident in the kingdom.

“We all know Ikeja is one of the revered economic hub in the state, housing several businesses and even the government secretariat, governor’s seat and House of Assembly. It is the center of attraction and I can assure the residents and business owners that the lost glory in terms of security will be restored while we will stop at nothing to make sure that Ikeja, and Lagos in general remains safe and secure,” he said.

Furthermore, Muritala disclosed that with the status of Ikeja among areas in Lagos, he would be working with the government to attract benefits that have stalled following the absence of a ruler in the kingdom and that all projects accruing to the town would be revisited to cover up in every sense of development.

Aside from infrastructural projects, he also promised to ensure that Ikeja indigenes get necessary appointments due to them in line with principle of justice and fairness, and that he would not relent until the kingdom return to its place of pride in Lagos.