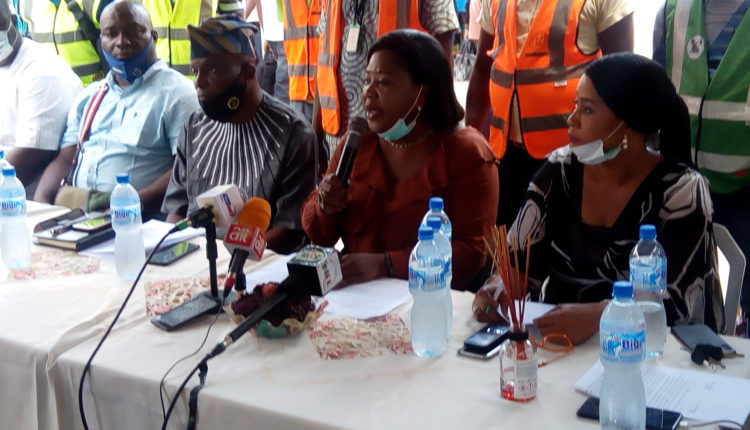 Traders within Ikeja computer village have cleared air on alleged  remittance of N5 million  which was claimed to have been going into Iyaloja-General, Folashade Tinubu-Ojo, pulse daily as well as introduction of new levies in the market.

They said that that the allegations raised by some quarter in the market were false and that it was targeted at disrupting peace that traders have been enjoying since inception of place.

The women market leader, Abisola Azeez, said that there were no dues remitted into Tinubu as claimed in the allegation and that a committee would soon be inaugurated for the market to accommodate all interest groups.

Speaking a press briefing held in the market yesterday, Azeez disclosed that there was no way the leadership could realise such huge money daily through levies collected from traders when the market population was less than 5000.

“We want to say it is false and nothing of such ever existed. We were never asked to provide N5 million daily, neither did she ask anyone to give her anything, so we were truly shocked when reports emanated that the Iyaloja-general instructed the market leadership to deposit the money with her daily”, she added.

While noting that the allegations were made by aggrieved traders that felt not involved daily administration of the market, the Iyaloja hinted that plans have commenced towards restoring the peace and harmonious relationship that previously existed within the market.

“We are committed to working harmoniously with the associations/different tribes in the market to make an all-inclusive administration that will carry everyone along in the progress of the market board.

“Soon, a committee that will bring all ethnic groups in the market on board, as they have apologised to our Iyaloja-general over the allegations raised against her and others.

Olasoji, on his part, explained that the new levy introduced by the leadership was N1,000 monthly fee and it was designed to boost security and maintain cleanliness in compliance with the government environmental law.

“After our inauguration, we evaluated the state of the market and realised that there was a huge work to be done as regard security and sanitation within the market. And to do this, we decided that each trader should pay N1, 000 to hire security personnel and sanitation officials to ensure that traders do not panic over the safety of their goods and market sanitation.