How Buhari, other dignitaries flout COVID-19 protocols at… 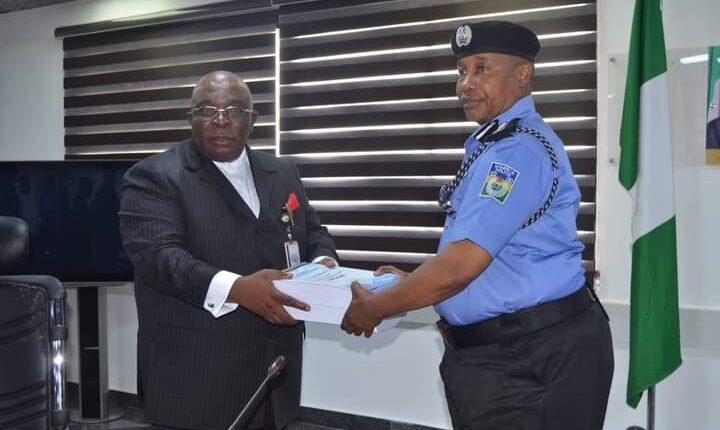 The Inspector-General of Police (IGP) Alkali Baba, has received the report on the alleged indictment of the erstwhile Head of the Police Intelligence Response Team (IRT), DCP Abba Kyari, by a United States (US) agency, Federal Bureau of Investigation (FBI), in the over $1 million Qatari fraud case perpetrated by Social media celebrity, Rahmon Abass, popularly called Hushpuppi and over four others.

Baba said that the essence of the probe was to ensure that discrete investigations into the allegation levied against the Officer by FBI and to give the indicted law enforcement officer an opportunity to defend himself on the fraud case and relationship with the major suspect, Hushpuppi, who is currently under detention abroad.

The Police boss, who received the report submitted by the Nigerian Police Force (NPF) Special Investigation Panel (SIP) chaired by a Deputy Inspector General of Police (DIG) Joseph Egbunike, on Thursday, at the Force Headquarters, Abuja, commended the panel for work done.

According to him, the report of the panel will assist and enable the Force leadership to be appropriately guided in its decision-making processes on the allegations raised by the foreign law enforcement agency.

The IGP assured the panel and Nigerians that a careful and expeditious review of the recommendations would be undertaken by the Force Management Team and thereafter forwarded to appropriate quarters for necessary actions.

Earlier, Egbunike, while presenting the report, appreciated the IGP for the confidence reposed on him and the members of the Panel to conduct the probe aimed at giving Kyari an opportunity to either accept or counter the claims against him.

He disclosed that the Panel commenced investigations immediately after it was inaugurated on 2nd August 2021 and the report submitted was an outcome of a painstaking, transparent, and exhaustive investigative process.

The panel chairman, through a statement by the Force Public Relations Officer (FPRO) Frank Mba, further revealed that the report presented contained the case file of the probe, evidence, and findings as well as testimonies from DCP Abba Kyari and other persons and groups linked to the matter.