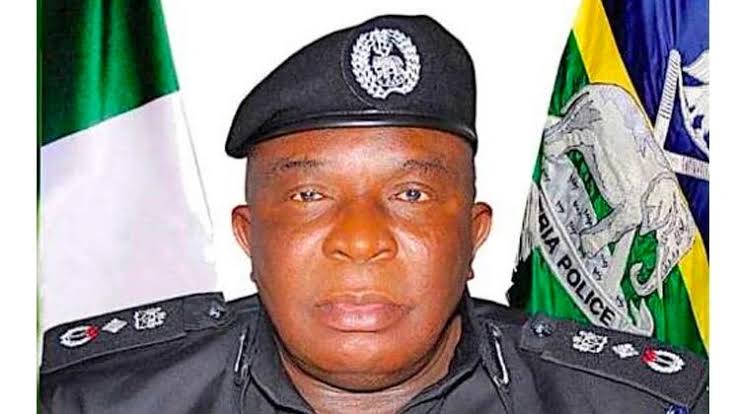 The Inspector-General of Police (IGP), Usman Baba, has bid farewell to the late Deputy Inspector General of Police (DIG) Joseph Egbunike, who died at about 9 pm on March 8, 2022, at the National Hospital, Abuja, after suffering from a brief illness. IGP Usman described him as a man of resplendence and honour.

The Inspector-General of Police, while paying his last respects, assured that the Nigeria Police Force is dedicated to ensuring continued support for its personnel, as well as family members and relatives of its deceased officers.

He reiterated his earlier directive to the relevant departments to compute and release all benefits accruing to the late DIG in line with the improved insurance reforms of his administration.

The lying-in-state of the deceased officer was held today at the Louis Edet House, Force Headquarters, Abuja, two days after the Service of Songs programme held on Friday, 13th May 2022, at the official quarters of the departed Senior Police Officer in Maitama, Abuja.

The occasion, which had in attendance various dignitaries and senior police officers, showcased a  guard of honour parade as part of the last respects paid to the late DIG. His body was later taken to Anambra State for his final rest through the Nnamdi Azikiwe International Airport, Abuja.

The remaining burial arrangements include condolence visits by the representatives of the Nigeria Police Force, South-East Zone on 19th May, the Nigerian Bar Association (NBA) and the Association of National Accountants of Nigeria (ANAN), Ozo Traditional Rites, and Nigeria Police Burial Parade on 20th May, Internment and General Entertainment on 21st May, Outing and Thanksgiving Service, as well as Committee of Friends condolence visit on the 22nd of May, 2022.

Egbunike, Until his death, headed the Special Investigation Panel constituted by the Inspector General of Police, Usman Baba, to investigate the suspended head of the Police Intelligence Response Team, Abba Kyari, over money laundering allegations.